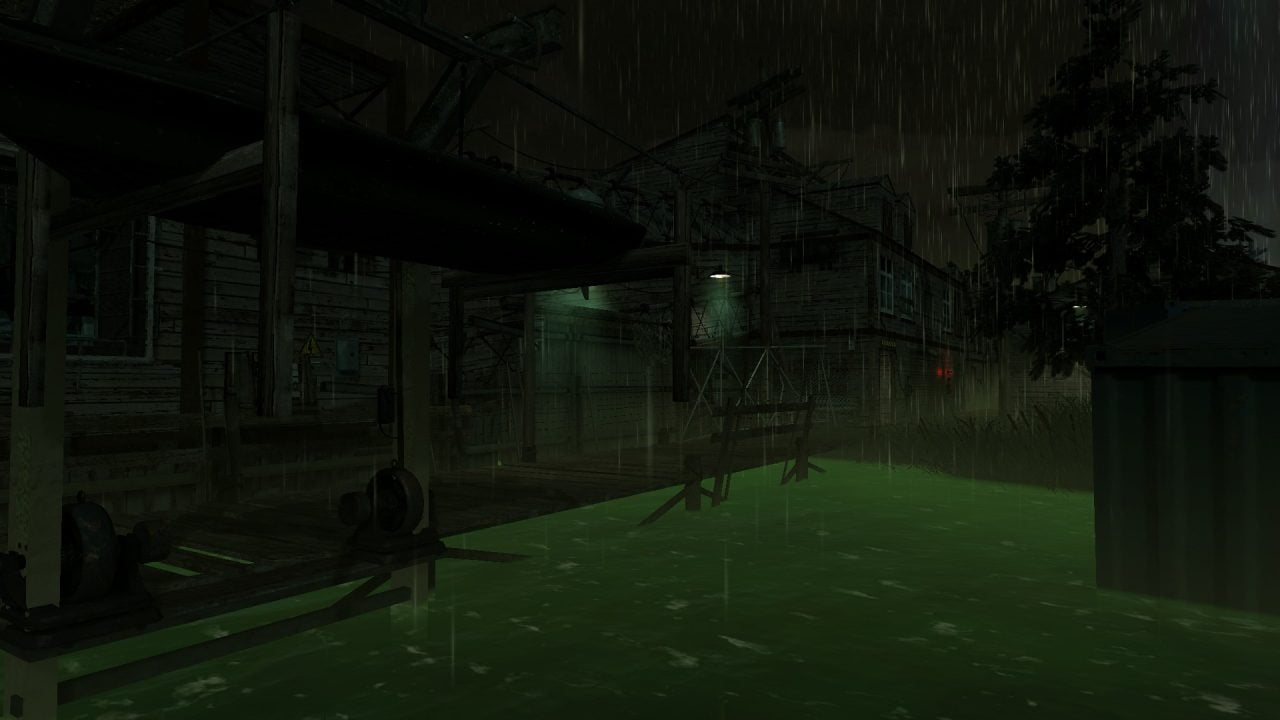 Welcome to Comosea Industries, winner of coveted safety awards and leader of the forestry trade!
“A terrible accident has occurred here, the ocean is tainted with toxic waste and infected zombies now dominate the once bustling facility. Storms are brewing and threaten to bury you beside the sea; it’ll take a lot of ingenuity and firepower to outlast this infestation! Accident rates at this logging camp have never been so high, so you’ll have to overcome the chemical spill and make for a hasty escape if you value your life…”

Comosea is an epic new custom zombie map from the UGX team, and will be the very first release to feature the long-awaited full version of the UGX Mod. Five unique game-modes are on offer, as well as a plethora of awesome new weapons to keep the zombie horde back. Whether you’re eager to team up with your buddies and make your escape with Objective gameplay, or if you’re a selfish survivor and want to outlast your rivals in Competitive gameplay, UGX Comosea gives you countless more hours of zombie-slaying entertainment with never-before-seen features. Rank up to acquire new character customizations, and complete challenges for even more special unlockables! There’s plenty do at Comosea Industries, so grab your shotgun and enjoy this epic new offering for Call of Duty: World at War’s zombie mode!

Special Thanks:
Radimax, for designing and building this map.
Tom_Bmx, for his numerous tools that make our lives easier.
The UGX Donors