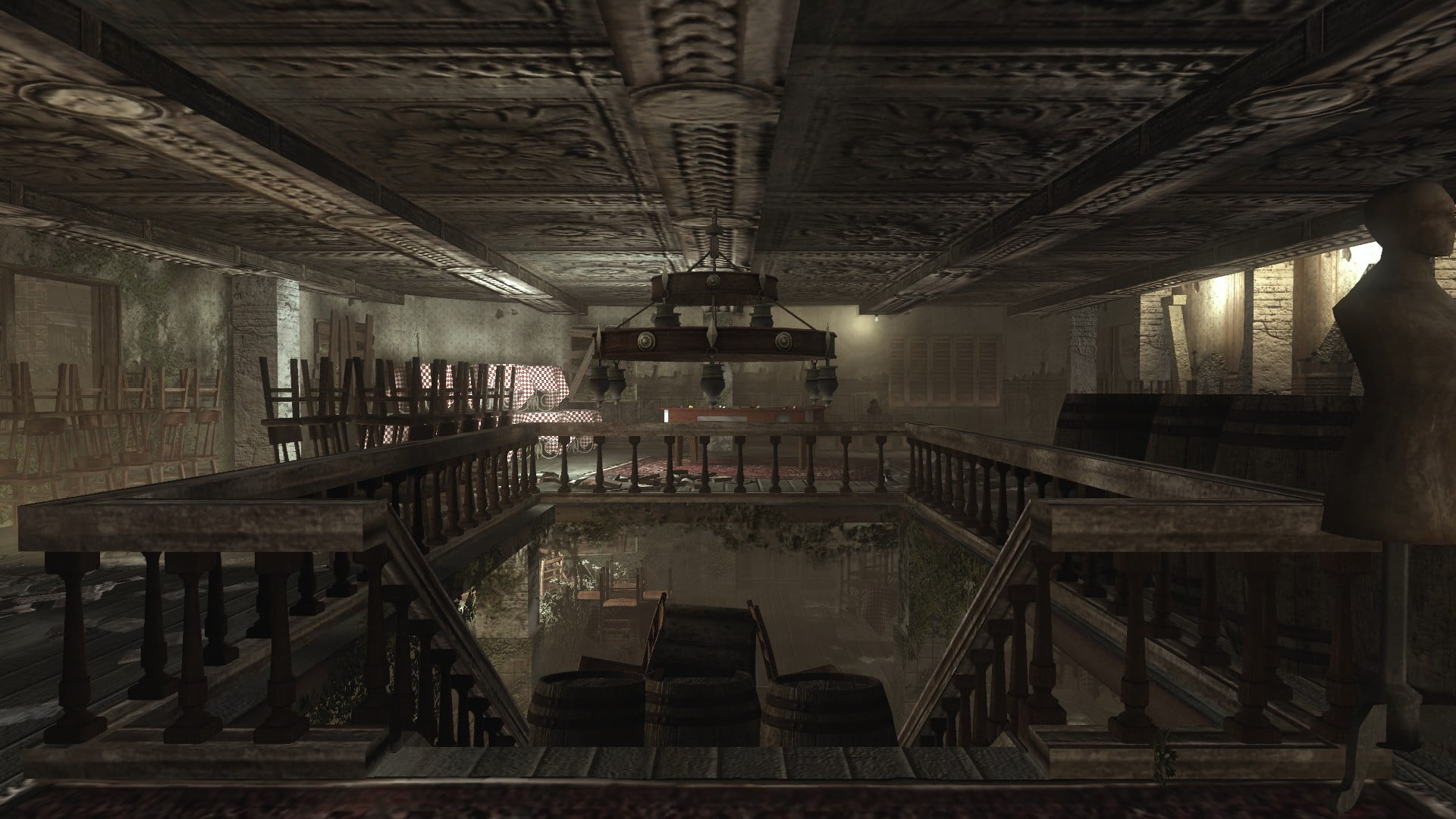 As a bit of a Christmas gift to all you wonderful stick insects, Return to Kneipe der Untoten has been released as a 1.4-style map! This means that it is basically a stock Der Riese styled map, with the four standard perk machines, a roving random weapons box, power switch and of course the Pack-a-Punch machine.

However, this doesn’t mean it’s totally devoid of customisation.

There’s an awesome new jukebox, which is an epic new way to play music while slaying the undead – complete with a custom model, animations, FX, and a win new menu system, with eight songs to choose from. What’s more is that I’ve managed to make the map compatible with Realism 2.2! Included in the Bar mod folder is a subfolder with all the necessary setup instructions and files needed to include Return to Kneipe der Untoten in the Realism mod.

This map is surprisingly fun to play solo, and even more so with a group of friends. There are a multitude of different ways you can play by opening different doors and areas in the map, which offers a lot of replay value – plus if you add the map into Realism 2.2, you can spend hours ranking up and using custom classes too!

I’d like to point out and clarify that this is not UGX Bar. The UGX version is coming out in 2013 which will be the version to feature the UGX Mod with its modern weapons and an objective system, so in a way this 1.4-style release is a little bit of a teaser for what’s to come.