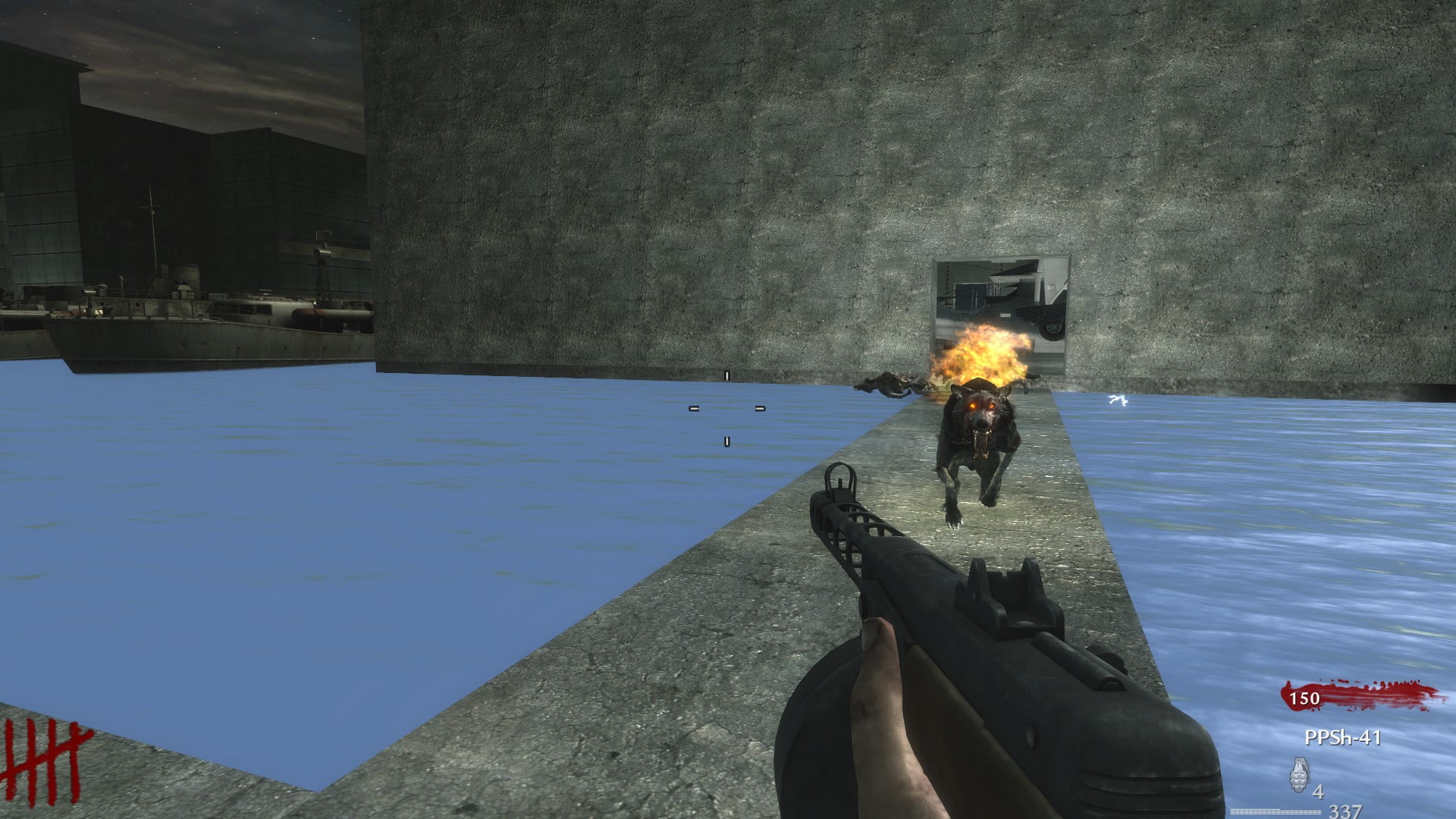 Hi all this is my second map and its called nazi zombie Undead docks sequel to undead city prequel to Kino der toten. so heres the story:

After the teleportation from Undead city somethin went wrong in the teleporter went wrong again and teleported the gang to a military base in the middle of the ocean. The gang very confused looking around and a zombie Dempsey into a wall, and then nikolai and takeo shooting it off him. Later after exploring the map they realized the base was developing new weapons some of them being prototyped and ready to go the base made three brand new guns and one improved these guns were the famas, galil, and the improved ak47. After dempsey got that wall hit he seems to regaining his memory and senses richtofen is planning something evil and vile. Later these four discover more and more what has happened around this base and will one day figure out to get the time travel to work correctly in the teleporter. It is 1958 and are slowly getting it to work.