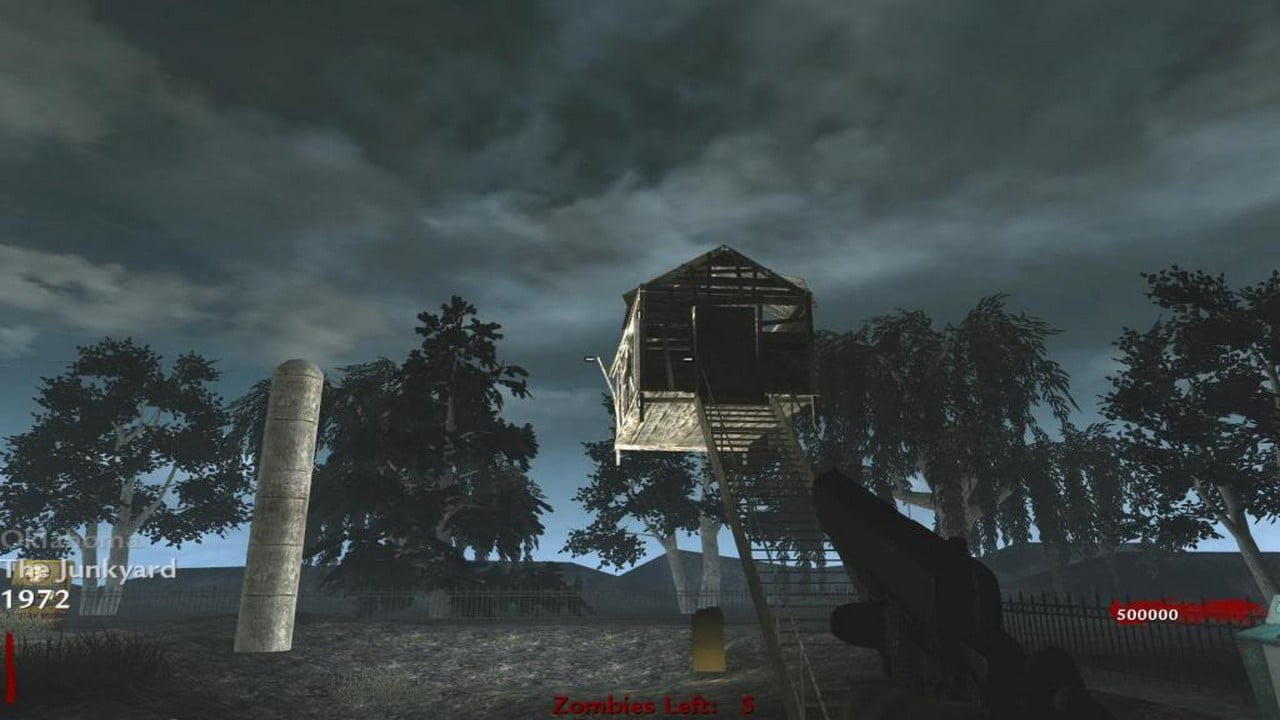 The Zombie Junkyard
By: DrainEMmax

One Day, at a junkyard in Oklahoma, workers were destroying cars when one worker was stuck inside a car that was being destroyed. So when the car was destroyed the other workers saw the dead body. As they thought he was dead, one of the men examined the body and noticed two things, there was a strange substance all over him (Elelment 115) and it was moving, therefore the zombie was born. The zombie infected almost all the workers just as a swarm of zombies broke through the ground and started attacking the workers. The only surviving worker(s) ran and found a safer area that they/he could hold out in… but not for long.

TomBMX – Mapping/Scripting Support
SajeOne – For Giving awesome help and supporting my map.
ZOMB1E KLLR – Amazing tutorials!!!
Treminaor – For being awesome.
Anyone else who helped me through my map!