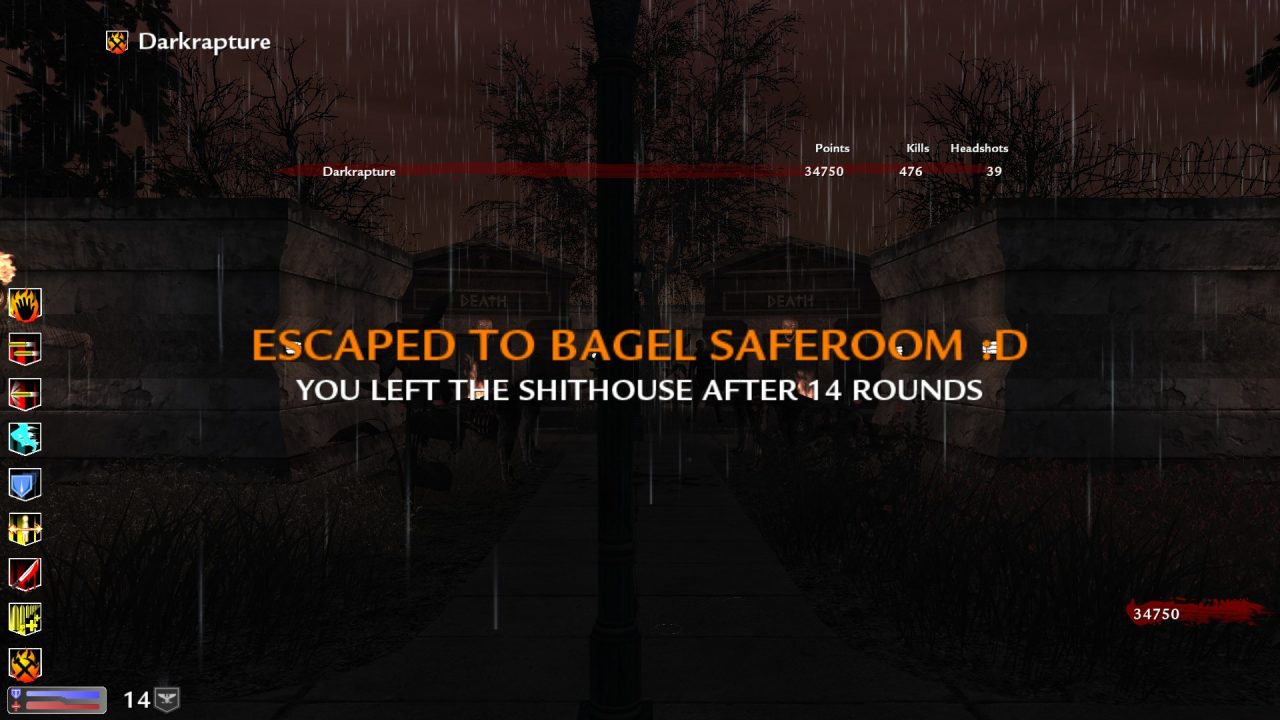 Storyline:
After eating an evening meal of curry you set out to hide in the bushes at the local park.

Whilst anxiously waiting to pounce on an unsuspecting whore, you feel the urge to s**t and as the old saying goes “don’t s**t where you rape” you set out to find a nice spot to squat.

You notice some old brick shithouses at the neighboring cemetery and run over, desperately clenching your buttcheeks to hold the foulness that is soon to be released.

After dumping out the contents of your intestines you realise there is no toilet paper and smear your anus across the walls.

Your actions anger an ancient s**t demon who decides he will set you a challenge, defeat the undead army he unleashes and buy the holey bagel of forgiveness or in death become a slave to the s**t demon.

Hint:
Support your team, you cannot revive them. if a teammate dies you will be punished by losing points. (this is the work of the evil s**t demon :S)

PLAYING SOLO:
Launch the map then open the console and type:

DISABLE THE DIFFICULTY FOR AN EASIER GAME:

If ZCT mod proves to be too much of a challenge for you then follow these steps:

For playing solo, after loading the mod change “disable difficulty mod” to YES. then launch the map from console.