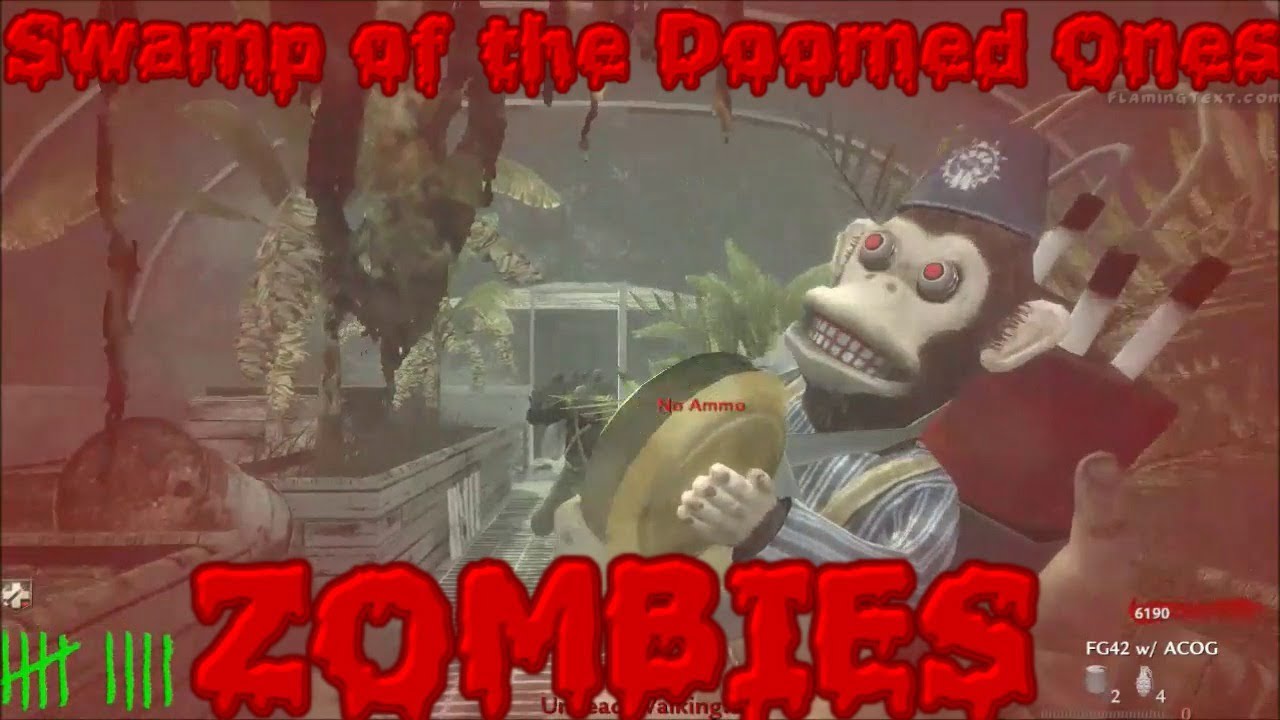 Swamp Of The Doomed Ones
By: HitmanVere

13th of April, 1945. Scientists were trying to find new ways to cure plagues, that have ravished the world, in remote
japanese testing base. But they were overrun by plague and were soon all killed. 4 soldiers were sent to the base
to see what is happening there, but soon found out that there were much more than rotting corpses…

This map is set in somewhere in Japan, when plagues have destroyed almost everything living. Map is challenge map
more or less with locked perks and box. Map is supposed to be fun, when played in co-op, but challenge in solo.
Do you have what it takes to survive Swamp Of The Doomed Ones?

Bugs (Some intended):
-No zombies in underground, cos I dont want them there, causing them glitch to spawn, if everyone is at
underground

If I forgot anyone, that has helped me, please tell me and I add in list, if needed