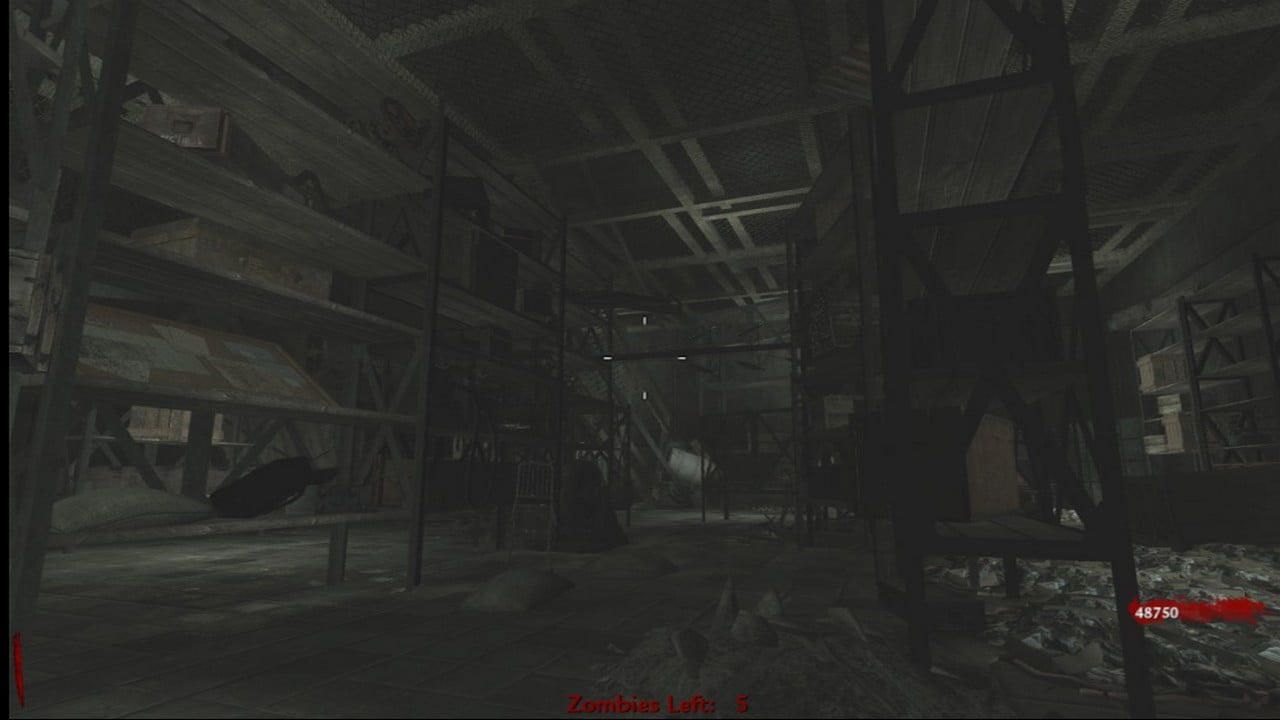 Hello, this is my first proper zombies map, Energy. I started work on this right after I finished my basic map to learn Radiant. At about the 2nd week of January or so is about when I started on it. It’s really be done by March/April, but I was waiting on a script for a more objective-style ending. The script was never completed and so I just scrapped it and decided to just release the map.

The map also originally had a more 2 route from spawn, but was changed because of some issues and so is the map that is released here today. The map plays quite well and has been considered quite hard for some zombie players as I have had this tested frequently on several different test versions. You will probably spend most of your time on the above areas and not in the spawn region. Most of the map was made with default waw models, but towards the ending of development I started to port models for a few CoDs and so you will see some around the map. There is maybe 1 or 2 minor bugs but shouldnt affect gameplay very much at all.

Most of the testers enjoyed playing the map and it is possible to beat this map at around 22 or 23. It is possible to do it a few rounds before but you would really have to work at it.

The Zombie Outbreak has spread across the world and their devastation is increasing every day. The scientists that are left think they can cure the outbreak if they can get enough of the research that was done by previous scientists and researchers around the world that caused or contributed to the outbreak initially. Zombie Task Force 1 has been called in to accept this mission that will require a number of classified operations into the heart of devastated territories, and acquire research at a number of facilities. Their first operation is at an energy testing facility. Which the location will remain classified. These missions will require utmost skill and the cooperation of the team for the success of the mission.

Colonel Rollin and his small team is the best in the Zombie Task Force Command, they have been specially selected for this mission by Commander Eston. Their objectives are, to Acquire Research Documents about the research done at the facility, and then since it is suspected that because the facility is active, it is contributing somewhat to the increased activity of the zombies and they have been ordered to blow it up after the former objective has been completed. After all this, they are then to handle their own extraction, making use of the helicopter that was left there years ago according to what their intel has said. Because of the limited resources available for the mission, the team is being sent in with limited equipment and are expected to acquire more equipment including the explosives at the facility. According to the intel available, the facility kept weapons and explosives on hand. The facility was run by an arms-dealer who was doing testing on a new element, that he discovered, so weapons and explosives are expected to be at the facility. In the early morning it has been reported the least activity of the zombies so the team preps to leave at 0200 hours.

At 0300 hours TFZ1 was dropped into the surrounds of the facility and immediately encountered hordes of zombies. Their transportation flew away immediately after dropping off the team since they were ordered back to base immediately after dropping off the team and to leave the area as soon as possible as staying in the region too long would increase the activity of the zombies. TFZ1 moved closer to the facility but after defending against the initial hordes, they were low on the ammunition that they had brought with them. As a pause in the hordes had come, they were discussing how to go about completing their mission, when suddenly the ground shook and opened up a hole and the team fell through a curving hole and were pushed through to the underground tunnels of the facility. 1 hour later they awaken…. Here is where it is left and it is now up to you to complete the mission.

I am working on a better map which has even more detail and to try and be as detailed as possible. Also keeping the challenge as I have tried to do with this map and even on my basic map.
(Just to make it clear, my old gaming name is Blazehead and that is my name on ZM. I mainly use Nathiri now and that is the main name I will use for the next map.)