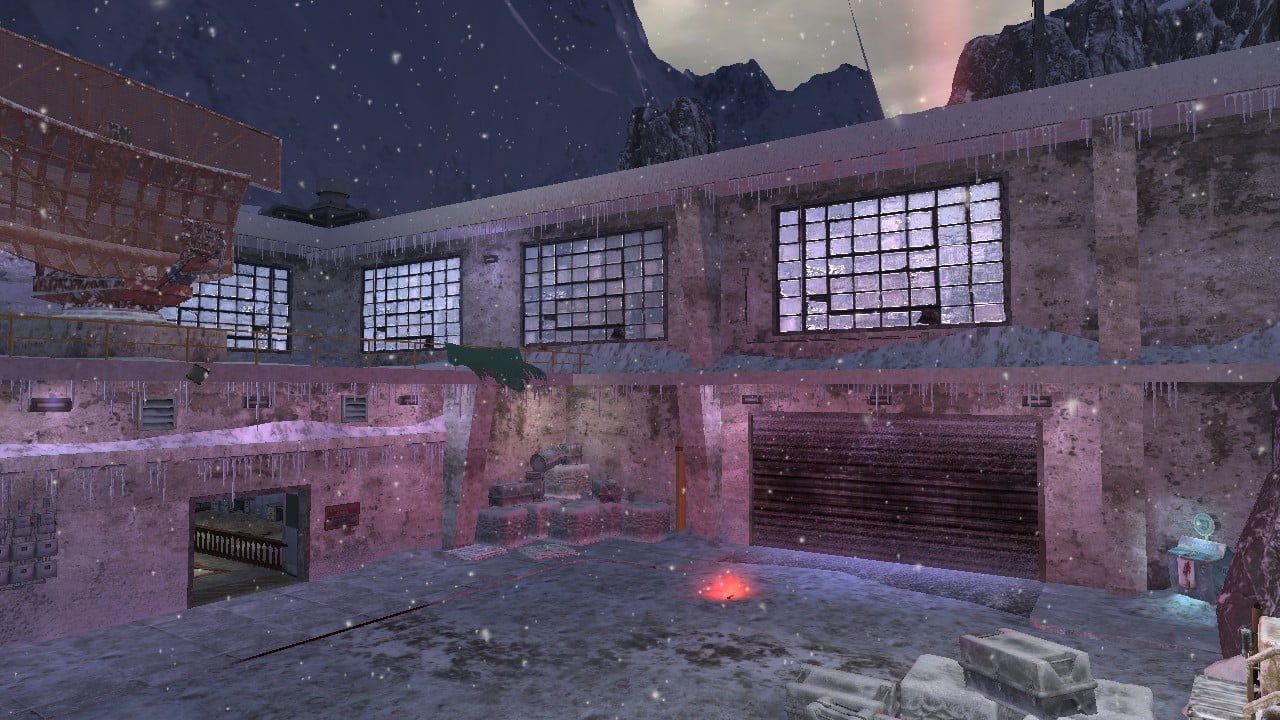 Special thanks to Laggin24x for coming up with the setting/theme of the map, kinda ran out of time to add an easter egg or anything special, so just have fun, enjoy the wonder weapon (only one person can get it from the box at a time though so make sure to take turns) The five teleporters are on from the start but you can only teleport to zones that have been actived, make sure to teleport a lot when you open the whole map though :3

Okay, honestly, my area 51 map is still just the first room, barely worked on, anytime I should have been working on it I was working on this map instead, only problem was this map was meant to be a birthday present for Laggin24x, so it was going to be JUST for him, but then realized I spent all my time working on this one instead of my area 51 one, I asked if he would be okay with me entering it in this contest and he said it was cool (as long as he got to play it first which I will still let him) This map was originally meant to be a short 5 day map or so for laggin but I kept wanting to add stuff because I had never done a snow themed map before, Laggin picked the theme of the map (he really likes snow maps lol) and it fits the rules of being somewhere you would want to hold off during the zombie apocalypse, its a secret American research base up in the Himalayan mountains

-FX (thanks to ugx easy FX)
-Black Ops and Black Ops 2 Animations/Models and guns (thanks to Tom_BMX and his tools lemon and lime and dds alpha remover, Tito, HitmanVere, cfgfactory, steviewonder87, convictioNDR, elfenlied, DidUknowiPwn, and unnammed guy for honey badger anims)
-Ray Gun Mark 2 FX (thanks to Quiz)
-Black ops 2 round chalks
-Ambienet sounds and FX
-Five zombies
-BO1 perks (thanks to HarryBO21)
-Fire Sale (thanks to PROxFTW)
-black ops style pause menu (thanks to hitmanvere, ray1235, and DidUknowiPwn)
-Dual wield weapons (thanks to Bluntstuffy and Rollonmath42)
-Removed world at war hugging zombies (thanks to Bluntstuffy and Steviewonder)
-Removed world at war knife lunge (thanks to RDV)
-Black Ops 1 knife animation
-FOV Slider (under game options)
-Tranzit hud (thanks to DidUknowipwn)
-Custom wonder weapon (thanks to Redspace200)
-Custom FX (done by me :3 )
-Five teleporters (thanks to bamskater)
-Semi custom wonder weapon (edited model and fx by me

I want to go for a “Five” theme on this map, Laggin picked the setting of snowy mountains, in my timeline this map takes place directly after “Five”

You are a military trained guard at this secret research base, meant for testing all manner of equipment for war, you where one of the best in the military but where sent to guard here because if any of the stuff in this base was to fall in the hands of the enemys, the world would surely end.

Not much happened at the base, you always found it safe and low key, no explosions, gunshots, screaming like on the battlefield. Nobody really told you anything or any of the experiments they worked on further in the base, you were just meant to guard the front in case of any kind of attack on the base. Everything was great, well it was until you received a distress call, a breakout at the Pentagon was reported, so you and your team was sent to investigate. After fighting undead and finding so survivors at the Pentagon you are sent back to the base thinking it will be safe and you can rest up and figure out whats going on and why the dead are walking… only upon returning you find the entire base in ruins, and all of your co-workers now wanting to eat your eyes directly from their sockets. You are rather confused as to how the heck this happened while you where away, so its up to you and your team to figure out how this happened at what should have been a highly secure and safe place to survive the zombie outbreak.