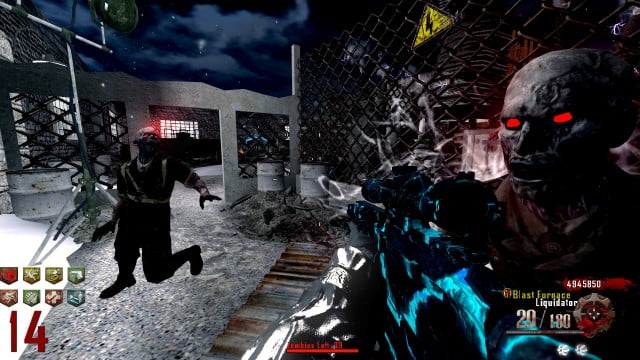 (“Keres” is the female Greek goddess of violent/cruel death)

DESCRIPTION:
“Der Keres” is the next map in my custom zombies series following Overgrowth 115!  The premise of the map is that there are 3 different bases that connect across the earth: Der Riese (Germany), Der Eisendrache (Austria) and the most secretive base, Der Keres (Scotland). These three bases were constructed to form a path across Europe to allow Group 935 to expand to different environments and test conditions. A bunch of drunk Scottish weirdos find themselves randomly inside this abandoned German testing facility and so as any sane Scottish person would do, they arm themselves because they hear a noise. The screeches of the zombies get ever closer as they descend on the 4 lads, shouting “#HereWe” as they approach.

Thanks for reading, I’ve really tried hard with this map and I hope you will all enjoy it when it releases!

Leave any suggestions or comments down below!