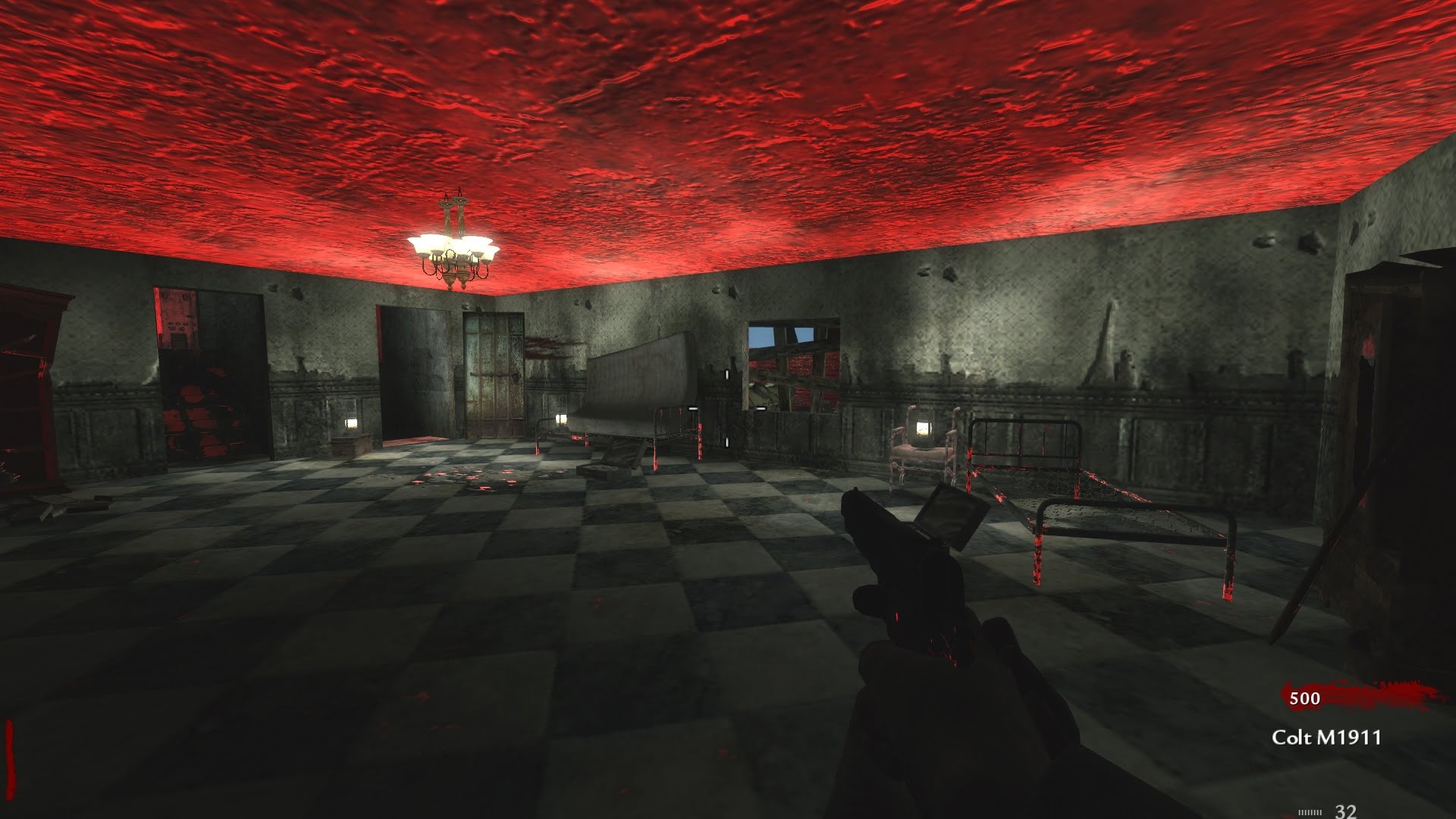 Hey! First zombie map I have created so it’s just a basic map similar to Nacht. There is a story to follow which is written below so make sure you give it a read as its an interesting piece!

Images of the map also at the bottom of this page!

In 1939 Hitler signed a “Euthanasia Decree” that authorized involuntary euthanasia among mental patients. His reasons for signing this decree were to reduce suffering, compassion and hygiene reasons, just to name a few.

“As long as I am free, you do not touch one of my patients”

Bodelschwingh’s kindness towards his patients was just a cover up because behind the closed doors of the asylum the Pastor was conducting his own experiments on his patients.

The Pastor was researching into brain/head injuries and without the consent of his patients he dragged them off one by one, strapped them to a chair in which a hammer repeatedly struck the patients head. Most patients were driven insane by the ordeal before being released back into the wards. However one patient responded to the torture by seizing before becoming limp and unresponsive. The patient was monitored around the clock to find what had caused his reactions. During one of the nights the patient had a “Psychotic Break” and proceeded to lash out before seizing once again and supposedly dying.

An autopsy revealed the patient contracted Encephalitis, probably during the experiment. The patient was dumped out back among the leaves and left to rot. The experiments continued until the original patient returned…