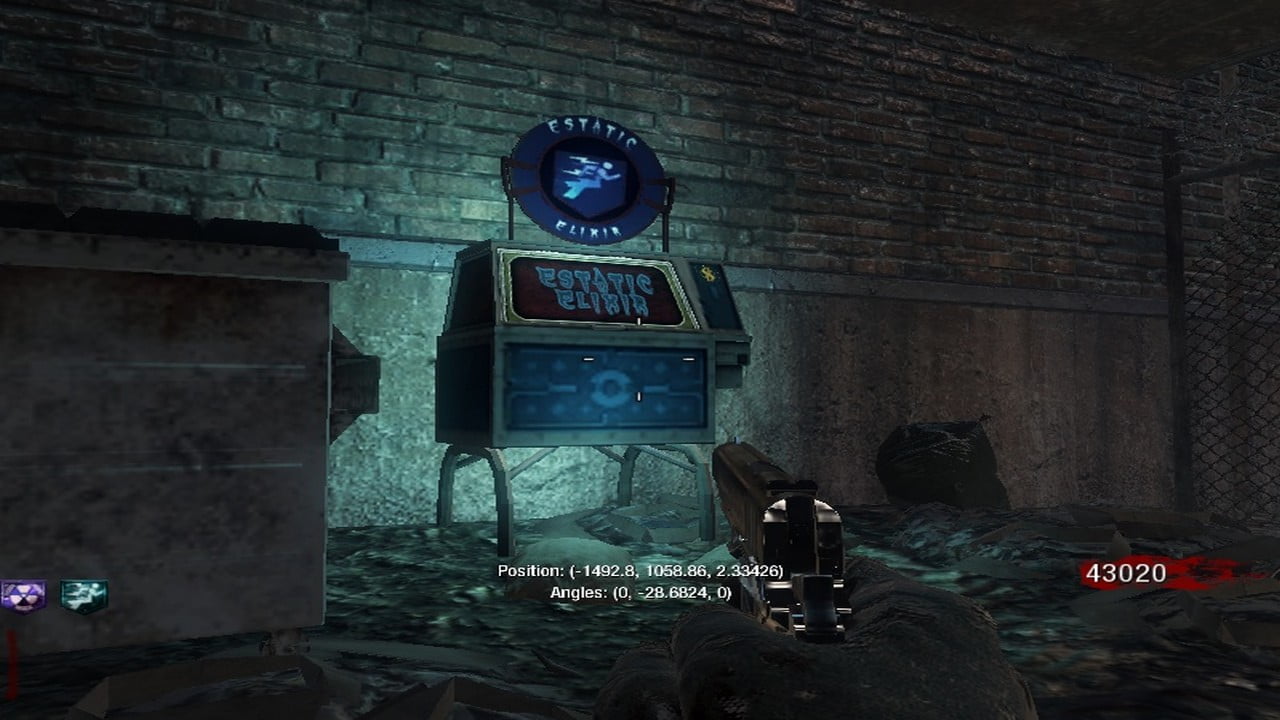 DLC REQUIRED: This mod only works on Kino Der Toten, Moon and Five.

This is a pretty simple mod for bo1, it adds in any perk that was “missing” from that map (deadshot, phd, staminup etc…) as well as an added electric cherry and 3-4 custom perks ive made (one is only on 3 maps since its useless on the others)
also now has extra gamemodes as options.

any perk that isnt in that map (nacht will not contain the following however)
electric cherry (bo2 version)
estatic elixir – creates a small electric discharge while running, shocking nearby zombies within melee range (this will not damage them, just stun them) – 3000 points
cashback cocktail – 25% of points will be regained after any purchase – 3000
point crusher – gain between 10-90 additional points for a kill, higher points are rarer – 4000
no nova soda – nova crawlers killed by the player will not drop gas, novas killed by other players gas will not hurt or blind you – 1500

ONE IN THE CHAMBER:
you have noting but a python and one bullet, for each kill, you get a bullet back. see how long you can last

GUNGAME:
after getting so many point, you will receive a new gun, be the first to finish all guns to win (better for co-op)

SHARPSHOOTER:
every 115 seconds you will be given a random gun, you cannot swap this out. see how long you can survive

ascension:
-step to hit the 4 buttons near the perks has a MUCH longer time, should be enough to reach all 4 (managed to do this myself)
-on solo the step requireing the lunar landers to collect letters is completly skipped, instead go straight on to powering the orb with various wonderweapons
-final step (one the above skips to) will reqire thegesh device and only one of the other 3 items, of your choosing (thundergun, ray gun, dolls)
-once done, all perks will be obtained (this is an added part to the easter egg, as an extra reward)

call of the dead:
-co-op steps have been added for more challenge, vodka step will drop and stay for 5 seconds before breaking. thats enough time to reach it in at least 2 spots(when broken, it respawns)

shangri-la:
-the 4 buttons to the past have a higher timer, but you will still need to be fast (co-op has a shorter time, 4 players have normal time
-plate step will be skipped in solo, just give about 10-20 seconds after pressing the button to activate the plates

moon:
-golden rob will start obtained, you will need to be Richthofen for this in solo (always available in co-op)

note: in solo, perks will not be permanent

when you have a death machine, you can swap weapons to loose it early (beneficial since you cant do certain things while holding it)
there IS still a perk limit, to increase it zombies will drop blue perk powerups, they also drop free perk powerups giving all players a random perk
the doubletap IS doubletap 2.0, and functions as it does in bo2 (splits the bullet into 2 for bullet based weapons)
in Ascension the monkeys probably wont take the added perks, i didn’t set that up, i’ll probably fix it later
on moon the no mans land perk will always be point crusher, jugg and speed are now on the moon
the perk shaders used are the bo2 ones, i like it like that, im not changing it!