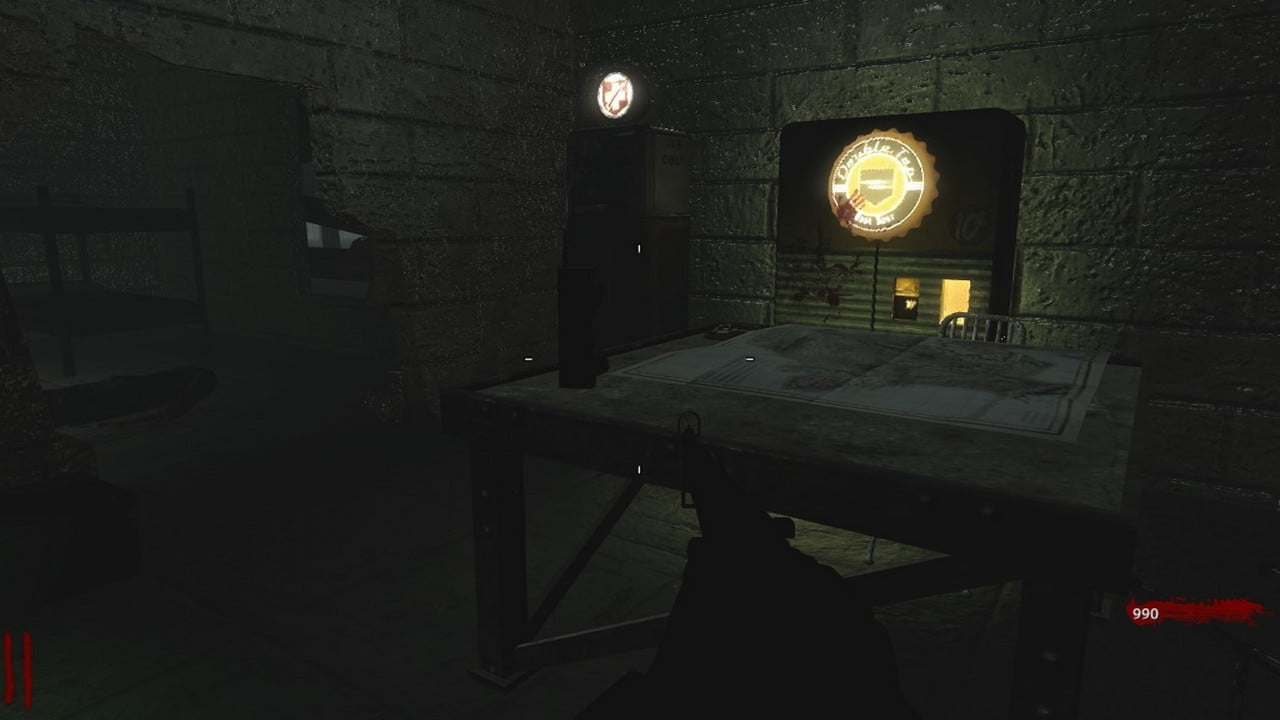 As the curtain closes on the theatre of war, you find yourself separated from your unit in the shadowy woodlands outside of Berchtesgaden.  The town, eerily deserted, made you uneasy, but you decided not to abandon your mission. You tracked down the german outpost, codename Armsfactory, deep in the heart of the alpine forest.  You felt your blood run cold as among the ruins of the apparently abandoned building, you discover notes of ritualistic experiments.  There are signs of struggle amongst the ruin, and hints of something decidedly…inhuman.  The setting sun gives you just enough time to block the windows as shambling silhouettes begin to appear from between the trees…

Berchtesgaden (Armsfactory) consists of one zombies level: ArmsFactory.  The level starts you off in a confined space, limited to a few rooms.  Survive the initial onslaught and you can open additional chambers, accessing much needed firepower and perks.  This level’s gameplay is quite challenging (in my estimation) and it revolves around navigating close corridors and using the holes in the crumbling walls for visibility as well as a means to attack enemies before they reach you.