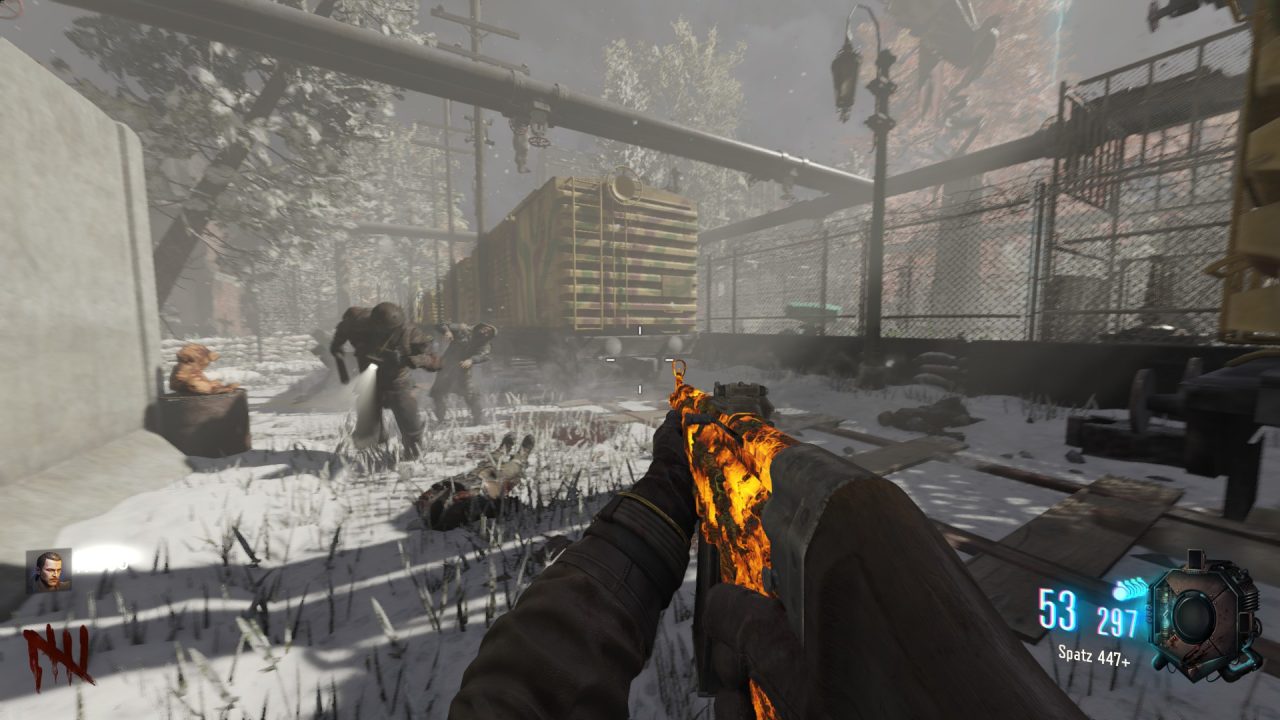 Set in 1947 after world war 2. The germans won after inventing time travel. Find out the secrets that kalach has to offer.

!!!MAKE SURE YOU HAVE VOLUMETRIC LIGHTING TO HIGH!!!!

What included in Kalach –

And much much more!

I’m sorry but this is needed to be said..

1. Shut up about brutus if he was ‘Broken’ I’d of fixed him by now he is the way I wanted him to be and if no one can kill him then why the ♥♥♥♥ are you even playing zombies? Honestly get good at it and actually learn how to play because if you struggle to defeat him you’re a terrible player. So no I will not ‘Fix this’ if you don’t enjoy its simple don’t play my map.

2. Shut up about door prices too.. I’ve already put the prices down to make you crap players happy and yet again if you still want to complain you just look like a idiot who can’t play zombies don’t shout it out like it’s my fault your♥♥♥♥♥♥at this game.

Have some respect for the mapper who takes nearly half his year to build something for you to play.. Without people like me these mod tools wouldn’t even be here.