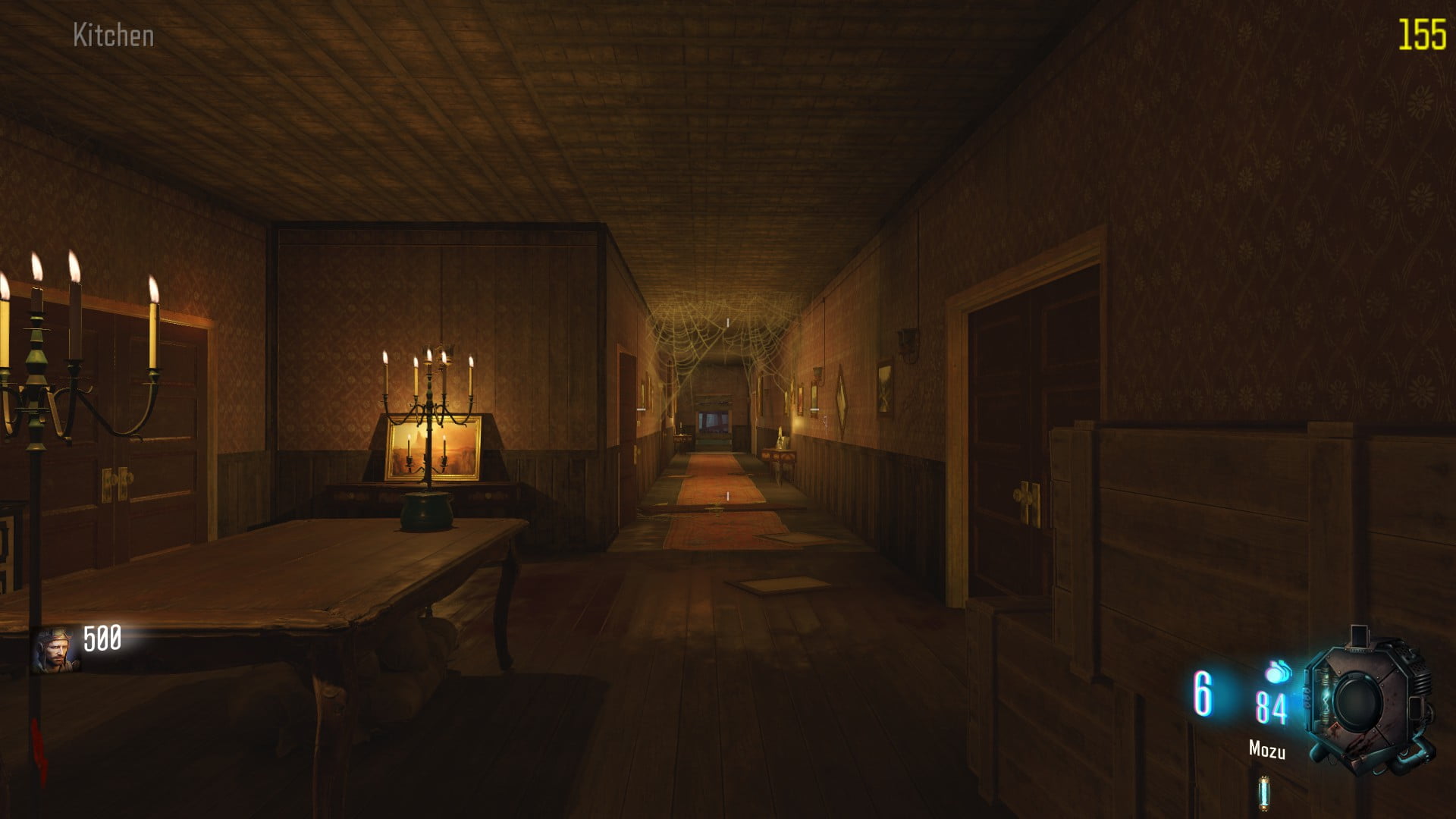 1896, our four hero’s find themselves trapped inside a rather large manor…. Can you rescue John Morgan? Can you uncover the secrets that lie in this manor?

Custom Perk Breakdown:
– Atomic Liqueur: This perk provides a significant buff to your knife. It enables a ‘mini-nuke’ that kills up to 5 zombies in the immediate area (60 pts each). The radius is fairly small, but is enough to get you out of tight spots. It has a fairly large cooldown and audio queues as to when it’s used and is ready after use.
– Salvage Shake: This perk provides you 10% of the clip, as stock ammo, on your holstered weapon over time.

EDIT:
A lot of people have been commenting on the confederate flags around the house. They are there to fit the theme of the map. The house is meant to be an old plantation house, with slaves and likely confederate vets, they were put in for stylistic choice and do not express opinions of my own.