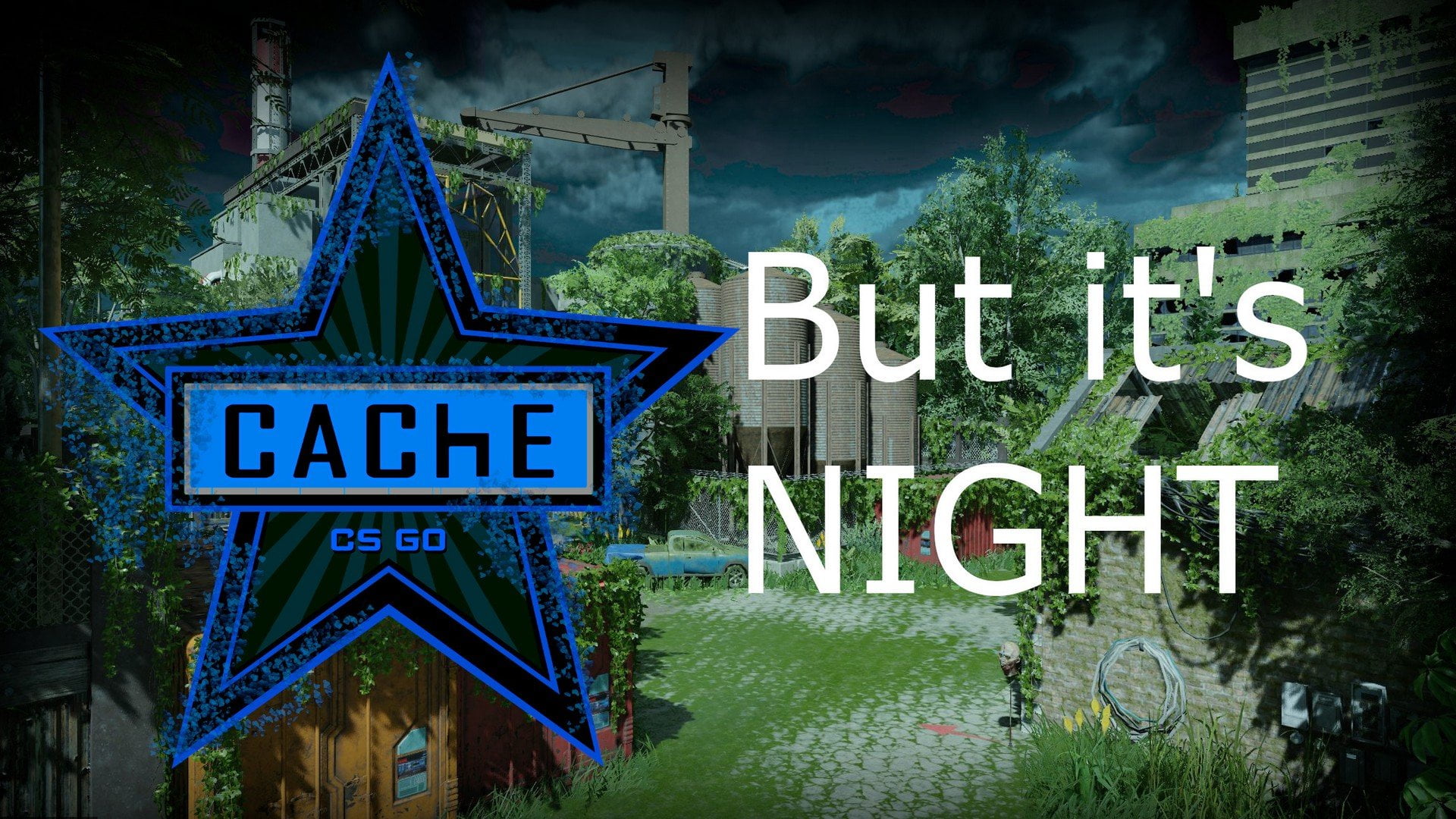 Zombies Cache.... But it's Night
By: ImBulletm9

The original “Zombies Cache” was set during the night time. Due to some feedback from close friends I made it day time. So here’s the *current as of uploading this* non published version of “Zombies Cache” but it’s night time instead. This probably *WON’T* be updated at all. Just really wanted to see how cache would work at night. Yes, im aware that the fires are VERY bright…. I already have to go back into the day version to make some of the lights brighter since they blinded the map at night!

Enjoy and thanks for playing!

Here’s “Zombies Cache” daytime link, this one will continue to receive updates and such!
https://steamcommunity.com/sharedfiles/filedetails/?id=2275070740