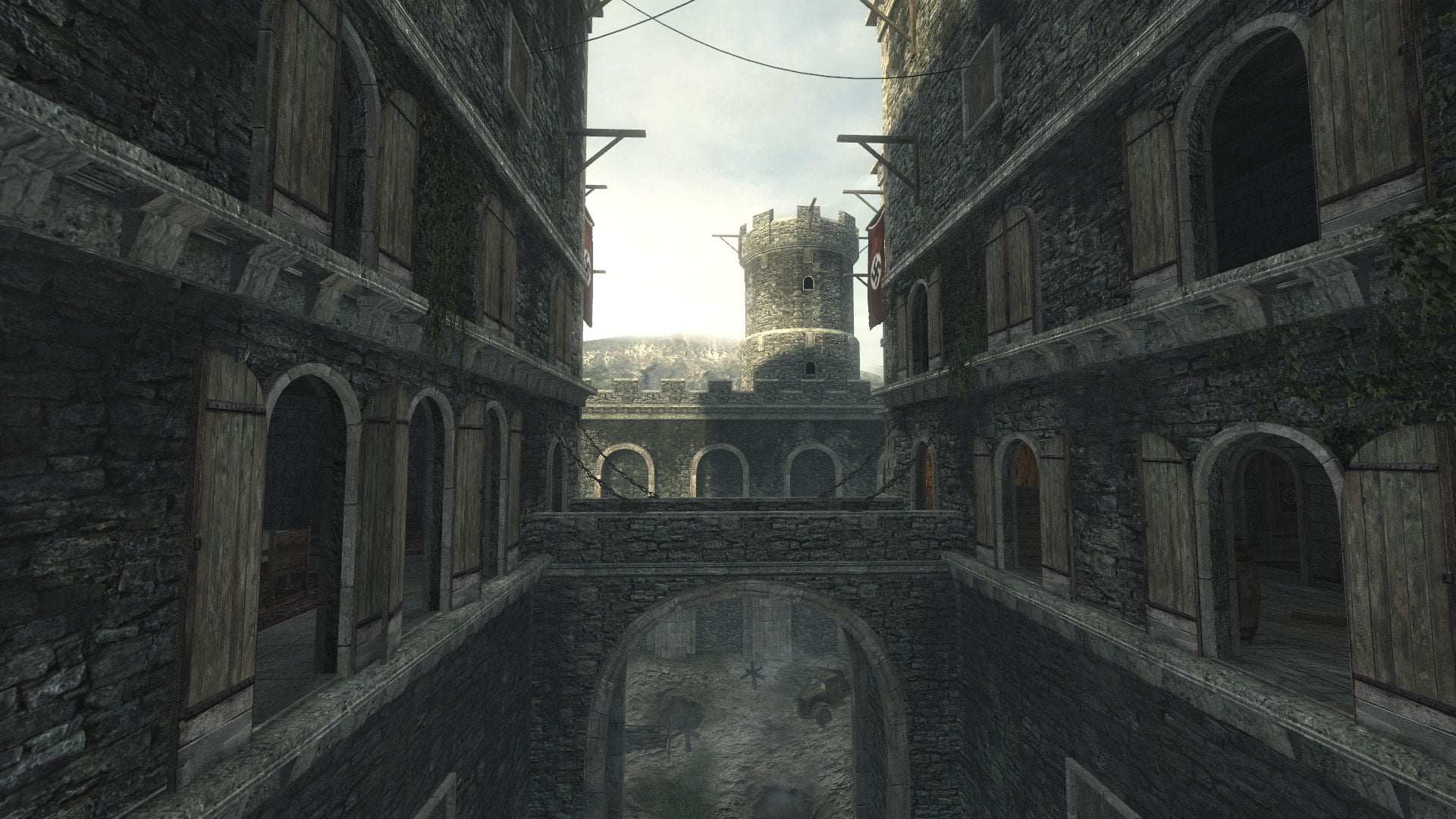 Baltic Keep
Fight your way through an old medieval castle!

Please turn up music in game settings for the full experience
Single player only
Please note that this level is short, but still fun
Credits:

SexySeaTurtle – massive help with ai and overall support. I couldn’t have made this map without him!

Spi – learning from his tutorials

IwMiked – learning from his tutorials

Vertasea – some compiling and probing help

smasher248 – helping me create this topic 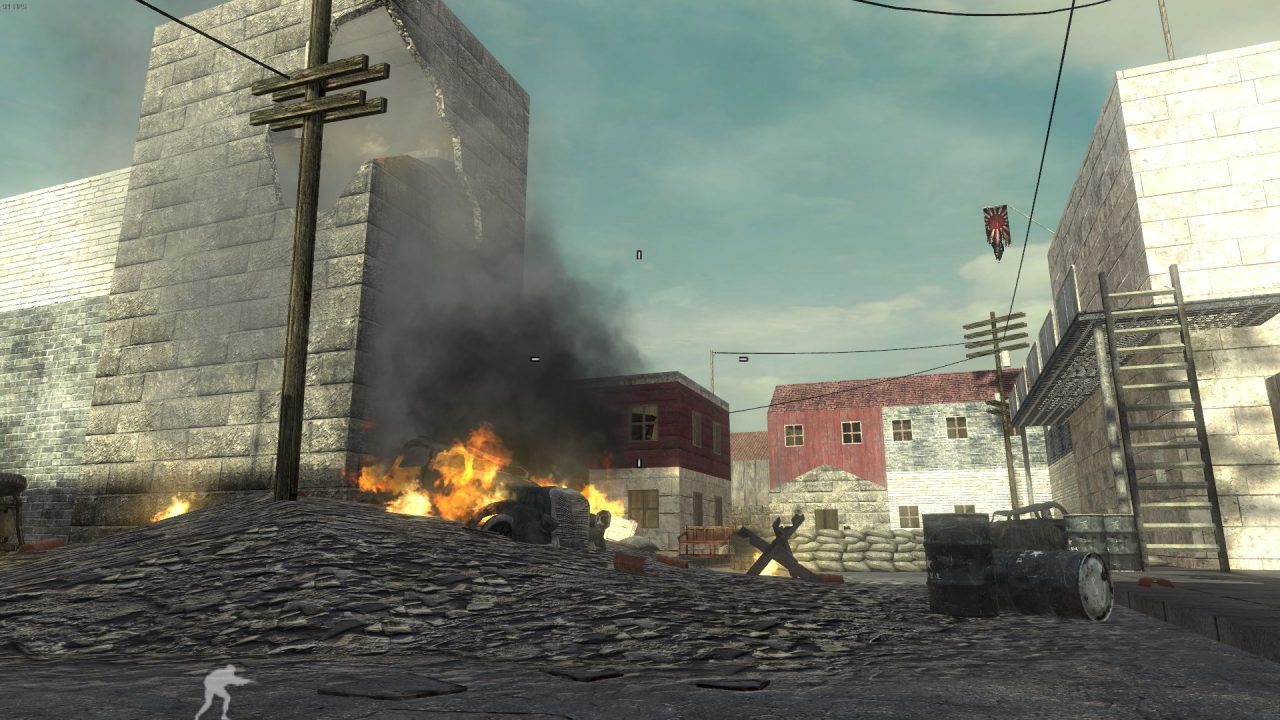 The setting is Operation Downfall, invasion of Japan in 1946. This operation never happened, but was planned, and was thus the inspiration for this map! You fight from one end of a beach to the other, move through a flooded area with low visibility, assault and flank a bunker, push through a city and fight on some rather oddly mishapen docks. There are also planes and stuff flying through the air so that’s fun.

There are 3 easter eggs in this map. Two are soldier names and one is especially secret. If you all can find them, by all means let me know and I’ll give you props for exploring.

I would like to thank all who helped me out with my various ridiculous questions throughout the map making process, as I have visited and revisited here for many months. 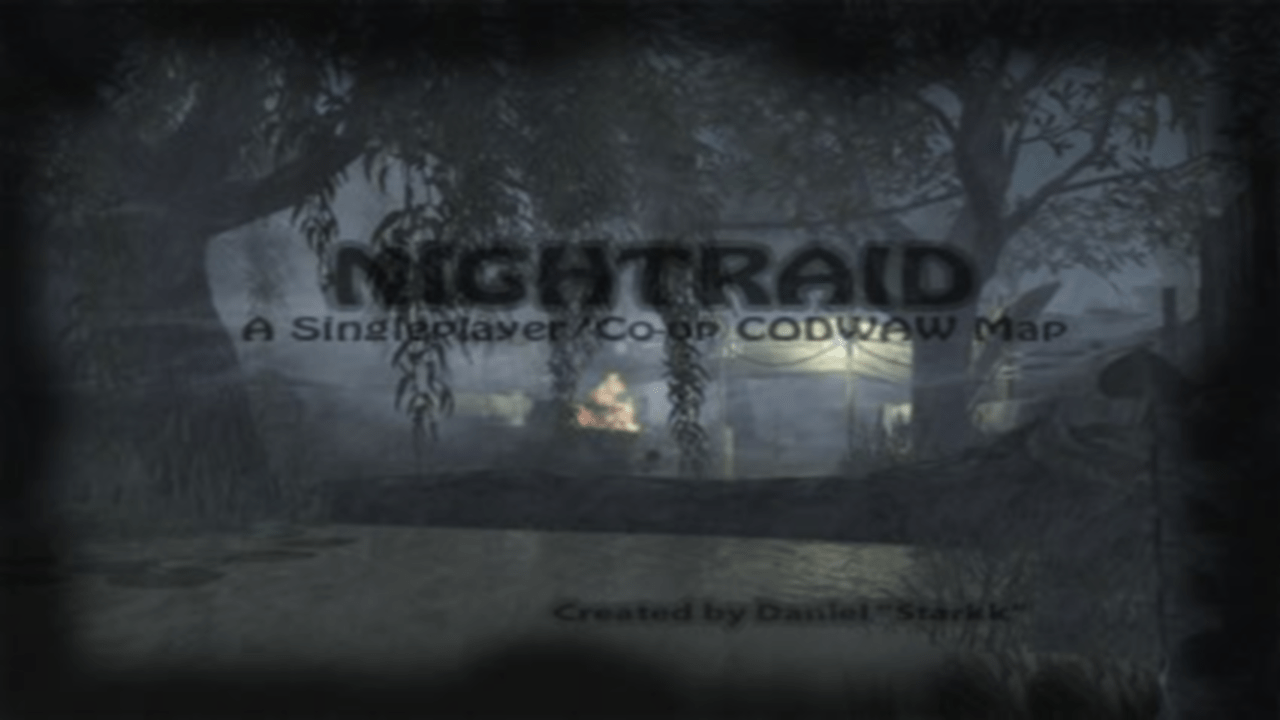 Now, this is a real treat for any Call of Duty World at War fan! Daniel “Starkk” Gavrin has released his new campaign map for CoD5, that allows you to play solo or co-op up to 4 other players (Recommended for 2 player co-op). The map has been reported to have a black screen bug causing the map to be unplayable, players experiencing this problem should expect a map update fixing it when possible.

Release Date: September 3rd, 09
Details: Play as a member of a squad heading to capture a Japanese artillery position deep in the jungles of the Phillipean Islands.

*Note: If you do not see the mods folder in the WaW folder,
make one.

-How to Play-
After properly installing the files
1)Launch up Call of Duty: World At War Singleplayer.
2)Go to the Mods menu and select ‘NightRaid’.
a.If you do not see it, you did not properly place the files
in their respectively directories or are not patched to the
latest version.
3)Press ~ to bring down console.
a.If nothing happens pressing ~, go to Options > Game
Options and click ‘Enable Console’.
4)Type /map nightraid
5)Enjoy!

Known Bugs : –A few effects in coop do not show up

Additional Notes :
Because of a few known issues with this map in coop I
recommend that everyone first play this map in singleplayer
to have the full experience then play with your buddies in
coop.

This map has been in development since mid april. It has been
my first real attempt to make a singleplayer map that in my
opinion was worthy for public release. Through development I
learned so much about scripting and improved my mapping
skills. I would have not been able to finish this if it were
not for the help and support from many members from the Call
of Duty Community. 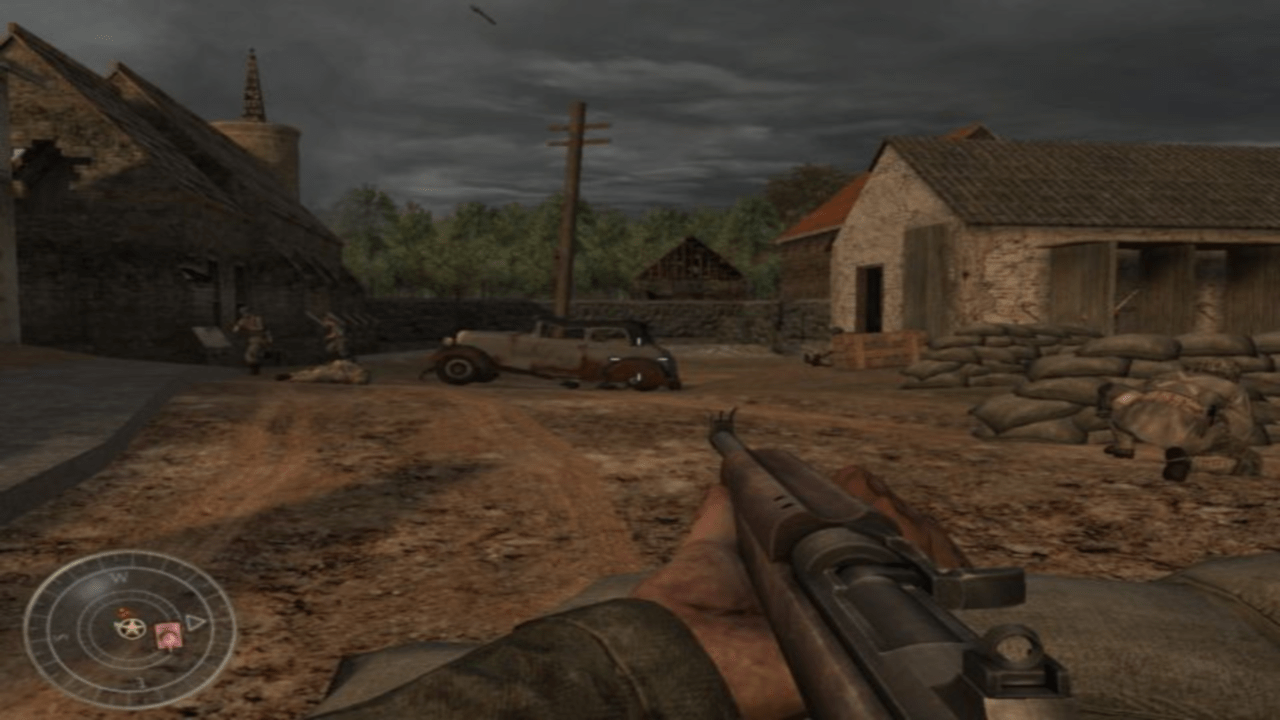 Details: This is a remake of Dawnville from Call of Duty.
I hope I got it as close as it was in the original game.

~~~~~Install Instructions:~~~~
Must enable showing hidden folders for this to work.
Install for XP:
extract folder to C:\Documents and Settings\YourName\Local Settings\Application Data\Activision\CoDWaW\mods

This map can play in co-op as well as single player( I hope ).
Sorry the ending is so final. 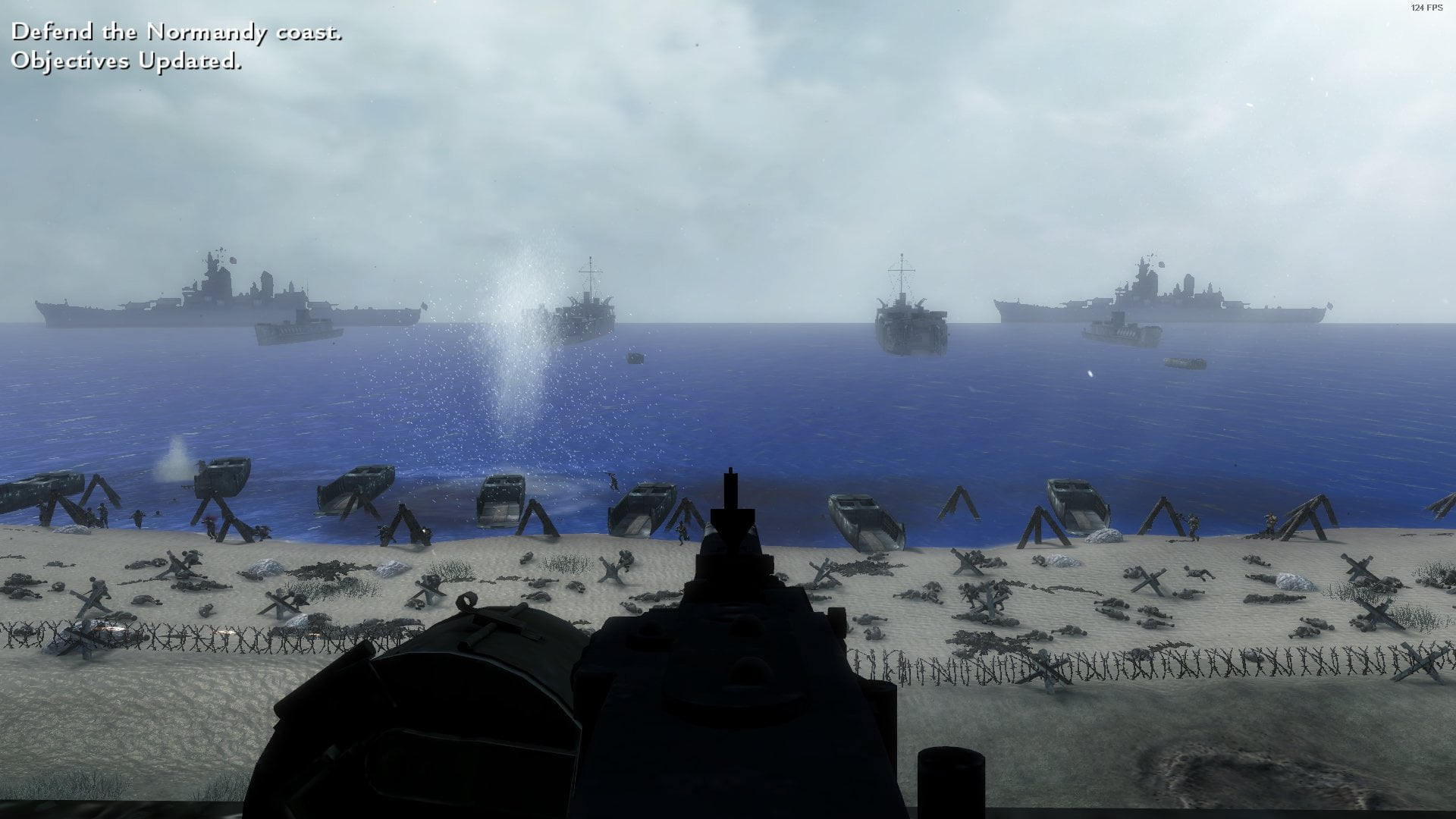 Details: Experience June 6, 1944 on the Normandy Coast as D-Day invasion begins.
Note About It Being Short: It’s supposed to be a short little expierence and doesn’t have the typical CoD gun gameplay like in stock missions. My next (Coop) map will have all that.

Note About The Ending: It’s unwinnable, it lasts however long you manage to defend the Americans off in front. – Alex ‘SparkyMcSparks’ Romo

Once the files are properly placed…
1) Launch up Call of Duty: World At War Singleplayer.
2) Go to the Mods menu and select ‘Omaha Beach’.
a. If you do not see it, you did not properly place the files in their respectively directories or are not patched to the latest version.
3) Press ~ to bring down console.
a. If nothing happens pressing ~, go to Options > Game Options and click ‘Enable Console’.
4) Type /map omahabeach
5) Enjoy!

contains all the source files I made for this map. Be aware, I included a modified Garand SP xmodel file with the LoD edited since it was disappearing on drone soldiers that were far away from bunker vantage point, and modified some utility files.
*Note: If you just want to play the map, don’t worry about this file/zip.