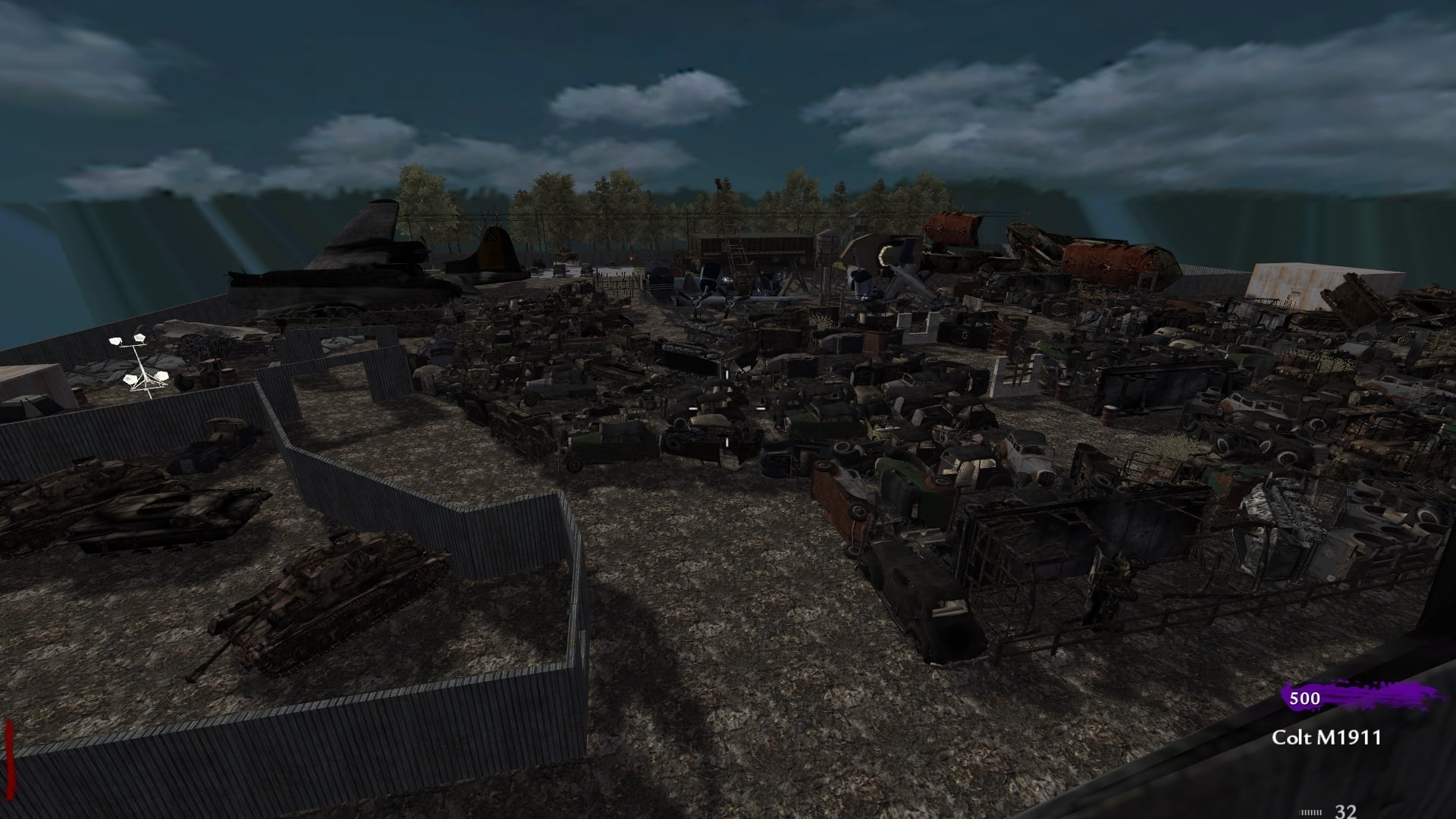 Very good map taking place in a junkyard, and which contains: A lot of zombie entries, a lot of weapons, among them Bettys, MG-42 deployed, 1 magic box, etc. There is also a custom Browning sound, a strong point because most zombie maps don’t even have a Browning sound, and also 4 Perks-A-Cola (Quick revive, Speed Cola, Jugger and Double Tap), and also 2 different points of electroshock … But be careful, you must not get caught in the back, get lost, or pay more than expensive shortcuts, which, if you have opened the door that there is behind the shortcut, you get surrounded by a horde of zombies … Terrifying!