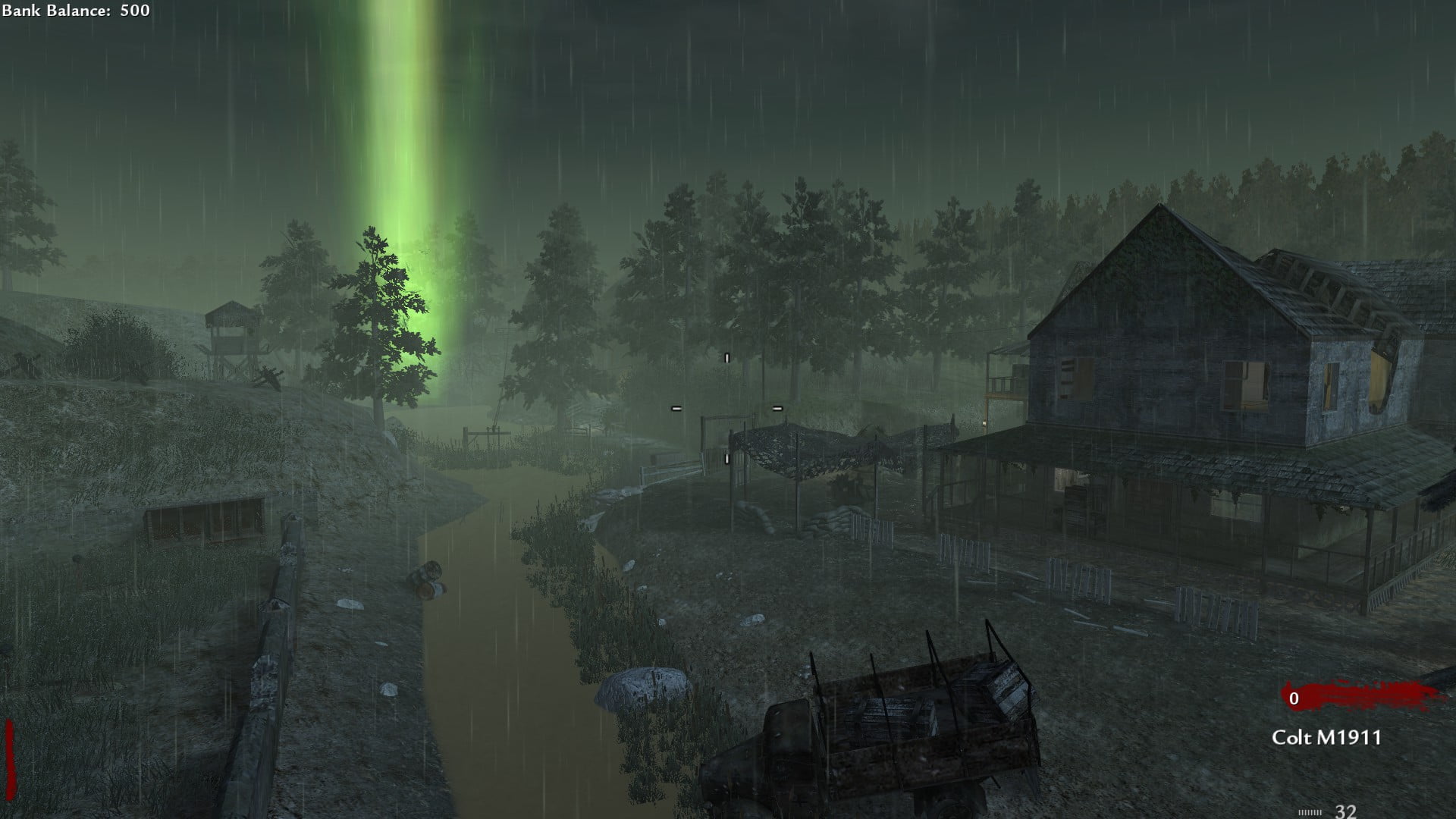 Carentanis back. It’s mid morning and the snow is beginning to fall again, the players will find themselves divided with only a few scattered weapons at their disposal, team up quickly or save your money for guns, either way you won’t survive long!

There are 5 buildings and 5 out door areas with a total of 9 buyable blockers that players can choose to go through.

You can mount your bipods on certain windows!

You can now traverse the porch roof that joins the Mg house to the middle house!

Faster rounds with zombies attacking from all angles.

Safehouseis a large map set in a pine forest in Austria. The map features 2buildings (1 being the Safehouse itself), a cave system and several outdoor areas which promote exploration.

There are 2 Easter Eggs in the map for players to search for.

You can not mount bipods in safehouse, instead there is a triple 25mm AA gun and a MG42 turret for people to play with.

More content including sounds/skins/textures and maps will be made available in the future.