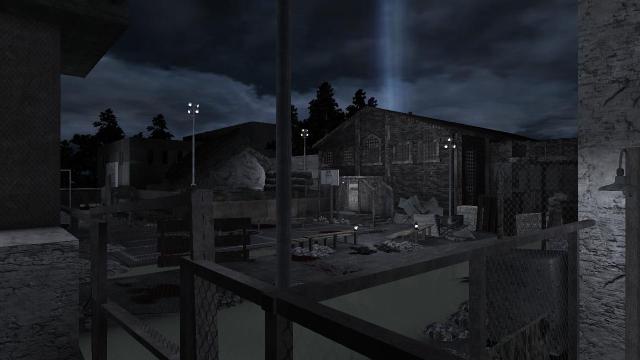 – Vulture Aid (by offthewall2112, pacman25, and RedSpace200)
a. waypoints for weapons, box, and Pack-A-Punch (but not perks due to game engine limits)
b. Ammo/point drops
c. Green smoke to hide from zombies

– Easter Egg dialog has been moved to ‘voice’ audio

– Zombies will run from you during solo Quick Revive

– Player will recieve a Ray Gun during solo Quick Revive

– All radios can be accessed by knifing only

– Reload speeds have been changed for some weapons

– Ammo and damage levels have been changed for some weapons

– Fixed bugs with the hidden song

Make sure you delete the old version of Prison Mission. It can be found here:
C:\Users\YOUR_USER\AppData\Local\Activision\CoDWaW\mods

Hey guys, Prison Mission is complete and ready for you to enjoy! Discover the wide variety of content this map has to offer while shooting the living daylights outta hordes of zombies!

Story: This map continues the zombies story prior to “Buried”. All events at “Buried” have not existed.

Features: (I will not mention all of them, but I will list some key aspects of the map)

f. All weapons have custom Pack-A-Punch camos, names, and some have attachments

b. Generic perks are being introduced. Don’t wanna spend $2500 on Jugg? No problem!
Get Jugger-Fuel, only $1500. But don’t be suprised if you get downed in less hits…

c. Dr Dagger and Double-Dew have custom jingles playing from their machine


– Changing maze beneath the map


Of course there are a ton of things that I am not going to mention because it would ruin the playing experience.

If I missed anyone please PM me, I’ll update the description