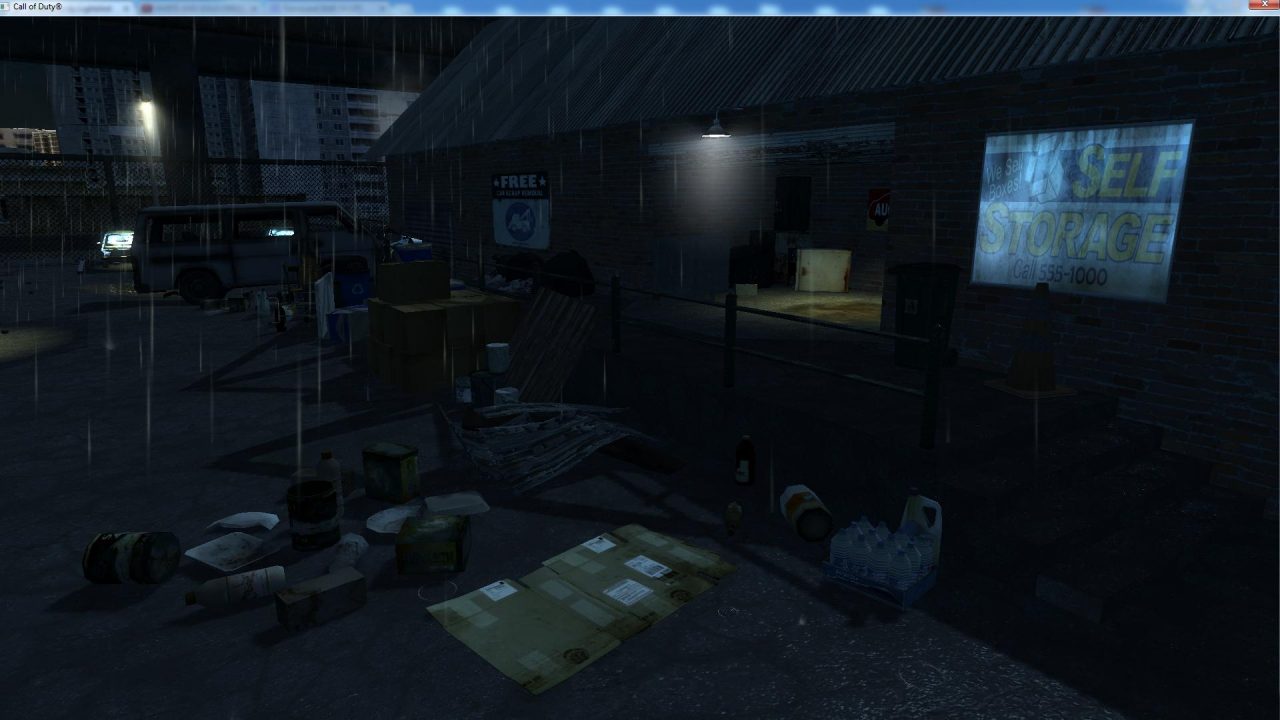 I got inspired of making this map by an indie game made in the Unity engine called “One Late Night”, and I named my map to “Building of Horror”. But the map will not be like that game at all, the theme will just be the same.

And the theme of the map is an office. A large destroyed office building far away from the civilization, more story details at the release.
This is a map for those players who likes objectives, and exploring. Because this map will hopefully have all those stuff loaded for you so you can spend an evening with searching for clues about this map’s secrets.

Objectives
Bo2 models (Thanks to the great codmoddd1234!)
Bo2 perks including whos who, electric cherry.
Bo1 perks.
3 Custom zombie traps, one of them is the buildable Half life trap. Thanks to johndoe for porting the models.
Rain and thunder weather.
Shangri la shrink ray WW.
Galvaknuckles
Iron fists from bo2 origins
Toggleable laser on guns, and will impliment toggleable flashlight too.
A special type of zombie round.
Much more to come…

Codmoddd1234 (without him, this map would not exist. Big thanks! Learned me to script a bit, help with fixing errors. Basically everything! Thanks.)
Johndoe (For tons of helps with asset stuff and provided me these new modern models and assets for the buildable trap and his epic gdt app.)
Suffocating edge (For porting the wunder weapons, model + anims + sounds.)
TheKillerey (for the pap camo for the scavenger.)
offthewall (for providing me his custom animated AN-94, and for scripting help, fixing the waw viewhands to work with cod4 guns, and provided me sync dual wield. and for renaming the map)
Awesomepieman (For scripting help.)
Makecents (Help with scripts.)
JR-Imagine (Help with some scripts and weapon soundalias help.)
Cinnober (for his rain and thunder tutorial.)
FreeCidCinematids(for his awesome radiant prefabs!)
BlackCurtainStudios (Who made the indie game which gave me the insparations.)
UGX team (For useful apps, random scripting help, And for the UGX easy fx script which also save me lots of time.)
Treminaor (For his UGX mod 1.0 update for the new viewhands which looked much better.)
Sajeone (For some useful tutorials.)
Tom-BMX (For the end game function, and for the zombie power light script.)
HitmanVere(support, bug testing(reck testing).

Feel free to tell me what you think, Even if you think if it looks bad. something that looks bad or wierd that you want me to change?