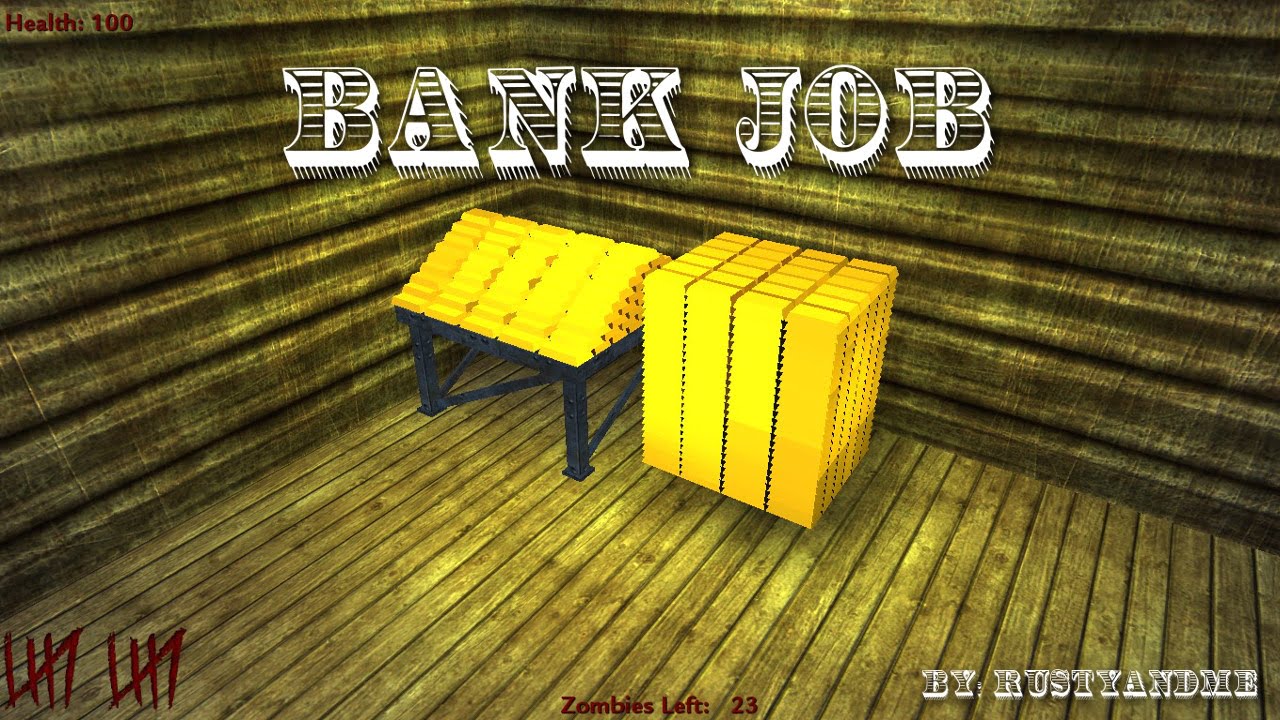 Welcome to your greatest heist. You must climb the floors of the abandoned building to reach the rooftop. Once there, jump to the roof of the vault and make your way inside. There you will find the piles of gold to take and win!

Seems simple enough, right? This map is small and challenging, but it isn’t too aggravating that you will rage quit. This map has all of the default World at War guns and perks with a few tweaks. My goal with this map was to make a simple map that played really well.

I have been making video games for years but this is my first Custom Zombies map. The map may look simple, but there are a lot of features that I included in this map that I have never seen before. While playing my map 50-90 FPS on my computer which doesn’t even have the specs that are suggested to run WaW. Both solo and co-op has the option to disable effects to improve performance. The map itself is the same regardless of which setting you choose.

Other Notable Features:
Added FOV slider and optional laser. When in the game go to Options>Controls>Look
Carpenter and Nuke are effected by double points
Nuke gives 60 points per zombie
Max ammo refills your current clip
Buying ammo off of the wall refills your current clip
Reduced Thompson damage by half and increased reserve ammo
Double Tap 2.0 actually doubles your bullets
If a zombie gets stuck, it dies and respawns with the same health
Self Revive (solo) kills all of the living zombies on revive
Wunderwaffe does not reduce max health
Bowie Knife does double damage
Kar98k’s base damage is increased 4x
Easter Egg reward eliminates all fall damage and explosive damage that you take