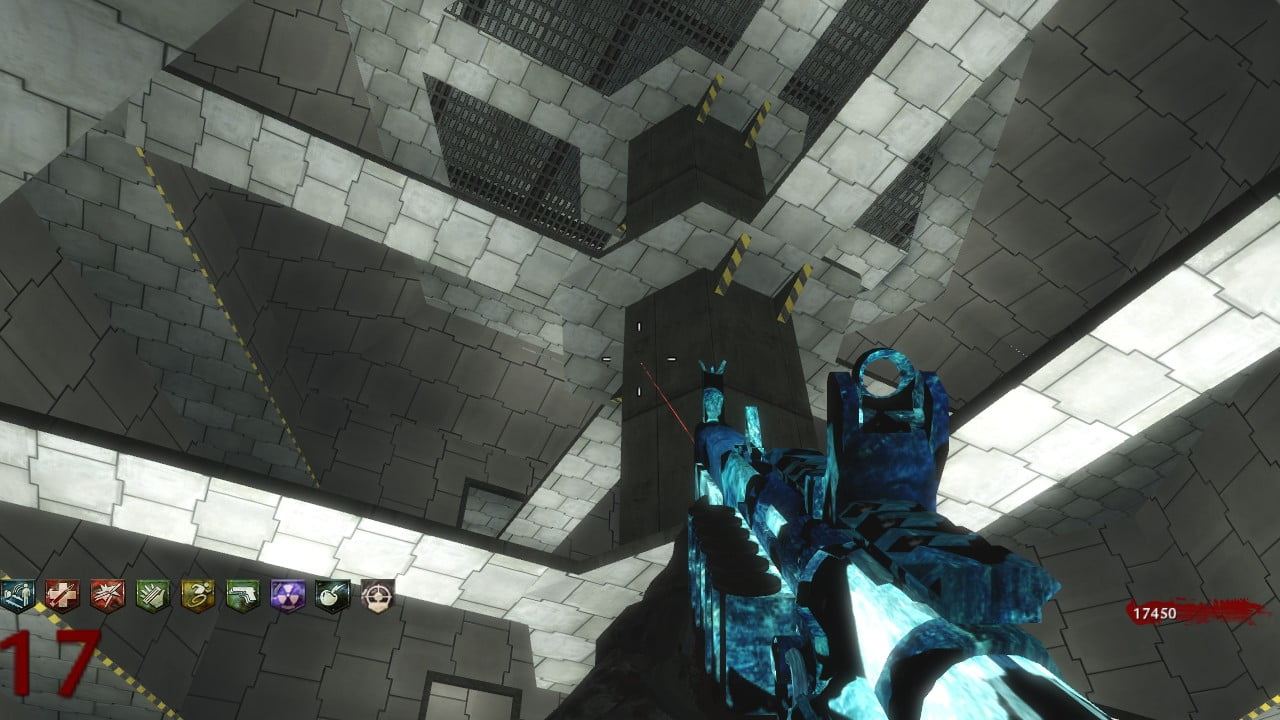 Escape to the top of the tower! Was bored so I decided to start a small project and here it is. This map could be considered a precursor to my next big release: as they share the same style and features. Every few floors, the area to train and survive gets smaller. All main doors are 2000 with 3 Doors being 3000 to get to the Box/Pap/Wunderfizz. There is no EE or song, just some plain old survival. I dare someone to beat the map with all perks.

Features
– 11 Perks NO PERK LIMIT (Tombstone can only be acquired through the wunderfizz and not playing solo)
– Wunderfizz
– Some Pap’d guns have explosive ammo (Send the enemies flying when they die)
– Buyable ending [Cost: 25000]
– 1 Wall Weapon on every level
– Weapons from most of the CoD’s (Papable)
– Extremely hard map (The more players the easier)
– Increased number of zombies per round
– Increased zombie spawn rate

-Changed the big room a huge amount, it’s no longer a train fest.
-Changed the Jug room
-Fixed Clipping around windows
-Nerfed the TAC45
-Buffed the RE45 PaP damage x2
-Reduced the number of zombies per round as it gave more points and made it easier
-Increased zombie spawn rate from 0.8 to 0.7
-Added 5 Weapons (SCAR-L,Scorpion EVO,MSR,USAS-12,STRIKER)
-Moved the MK14 in the big room into a more annoying spot
-Forgot to mention in the main post that the map has no dogs for those who haven’t played it or are just wondering