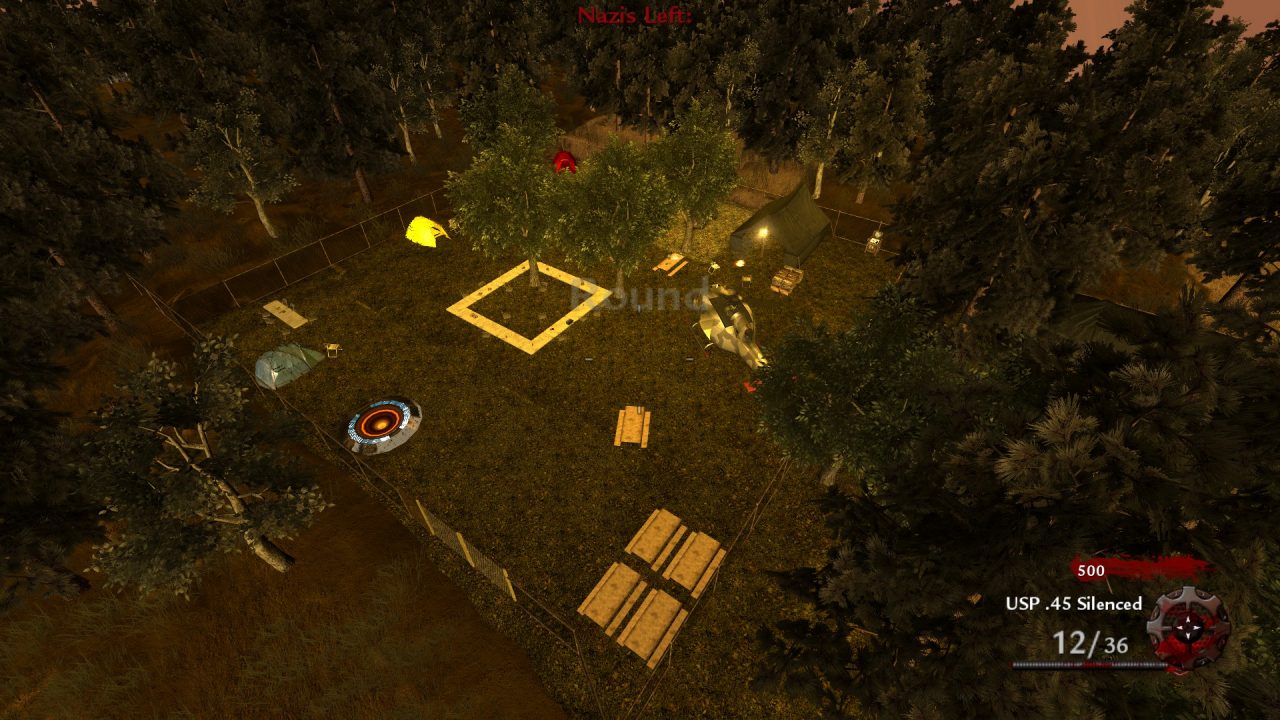 Hello everyone, I am releasing yet another map to the community.
It is called Zombie Campground, and it is one of my best looking maps yet.
I started making it in March, and I closed the private beta in April.

List of features:
-Four original perks, along with Staminup, Electric Cherry, and Widows Wine
-Ported weapons from COD4, MW2, MW3, BO1, BO2 which where ported by me
-Custom Introduction (Helicopter Ride)
-Challenging 75,000 point ending (survive five minutes with no round gaps)
-Randomized Characters
-Ported viewhands from Origins.
-Every pap’ed weapon has an attachment or two
-Fixed knifing/zombies cannot suck you in

A few notes before you download:
-The name of the mod is ZombieCampground
-People playing in solo might have to launch the map a couple of times to get it to work
I put in some time into making spec/envmaps, so turn on specular maps for it to look great

Credits:
-Harry Bo21 for the perk system and origins hud
-Bamskatter for the solo quick revive script
-M.A.K.E.C.E.N.T.S for help on making the dual-clip reload script
-elfenliedtopfan5 for his original weapon porting tutorials
-Various people in the UGX community for helping me out and making tutorials.
-My beta testers (lame_link, angelbuddy, Atomic_Tank, edjo1000)
-ZK for his original custom zombies map tutorials.
-BluntStuffy for the rayguinmk2 fx
-Rorke for a few sets of xanims and weapon files for a couple BO weapons.
-Treyarch/Activitsion for Call of Duty 5 and BO1/BO2 assets and modding tools.
-smasher248 for the helicopter script
-Gamer9294 for the 2d sound script and example aliases
-DiduknowIpwn for T4M