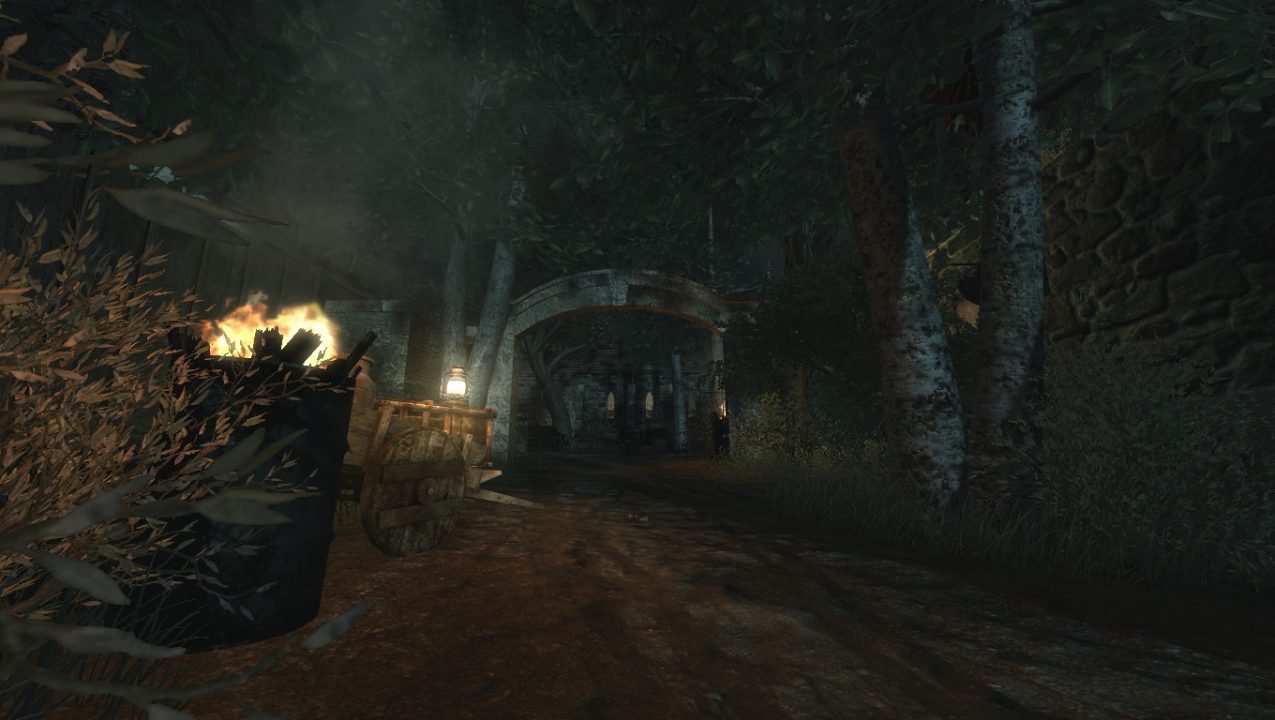 The download includes 5 maps.
Dawnville:
“Good map, tough!” – Spiderbite
“Jesus the map is tough!!” – Laggin24x
“It’s more than tough.” – DeathBringerZen
Return to WWII for a more classic World at War Nazi Zombies experience as you slay the undead using an arsenal of weaponry that would be available during the time.
The challenge system enjoyed by many players in SOG and Backlot returns. Complete the challenges to unlock more perks, then survive the end game to beat the map.
Samantha will not go easy on you. You’ve been warned.

Dawnville Low Detail:
“This is something all mappers should do.” – various people
The same as Dawnville, except all unnecessary detail has been removed from the map. The map has been covered in fog, and anything inside the fog will not be rendered. I recognize there is a significant amount of players that use laptops/lower end computers to play custom zombies. This low detail version of the map was made in an effort to make the map more playable to those players. I’ve done all I can to increase the FPS without removing any gameplay elements, but do recognize that it will not be exactly the same experience as the normal version. If this version does not run well for you, then you may want to look into purchasing a new PC. If this is the only version of the map you can run, you still might want to look into purchasing a new PC.

Trainstation Survival:
For those of you that like to do first room challenges, this is for you. Bouncing betties, bowie knife, and an STG-44 have all been added to the wall. The mystery box has been moved to the station as well. Keep the windows boarded and don’t let the zombies in. Aim for the head and kill them quick. Survive as long as you can.

Trench Defense:
“Love it!!” – Laggin24x
Defend a small trench line against the waves of undead. There will be no retreating as we do not have cowards in the zombie apocalypse.
Obtain perks and upgrades through kills and headshots. Survive as long as you can.

Graveyard Shift:
The dead rise from their graves and now they want you to join them. Your squad sets up in the church and prepares for a fight. With a mounted MG, weapons, and ammo; you must send the undead back to their graves. No magic. Survive as long as you can. Best played in coop.

Q: Why do the challenge rewards cost points?
A: In Backlot you would go down and as soon as you were back up you could run around and just get all your perks back for free. This made it too easy. The price was added to prevent that and slightly increase the difficulty of the map.

Q: Why do I have to get all the parts, build the wonder weapon, then pay for it?!
A: The wonder weapon proved to be over powered during beta testing, especially for how easy it is to obtain. It was nerfed and the price was added to balance it out. In future maps the weapon is less powerful and you won’t have to pay for it after building it.

Q: It says we completed the headshots challenge, but none of us are at 115 headshots?
A: The challenge code is based off how many zombie heads you destroy/explode. If you don’t kill a zombie with a headshot, but while it’s falling before it turns into a ragdoll you destroy the zombie’s head it will count toward the challenge, but will not add it to the coop leaderboard. It does show on the solo leaderboard though.

Q: How many licks does it take to get to the center of a Tootsie Roll Tootsie Pop?
A: I lost count. You’ll have to ask Mr. Owl.

Q: Why are the zombies so fast?!!
A: I’ve always used Verrukt sprinters in my maps, but you can disable them before starting the map if you want in the coop game settings or before choosing a map in solo.

Q: DA FRAYM RAIT IS SO BAD ON ALL TEH MAPS AND THAY JUS LAG EEVN DA LO DETALE MAP THERE GARBAGE MAPZ U SUK1
A: K.