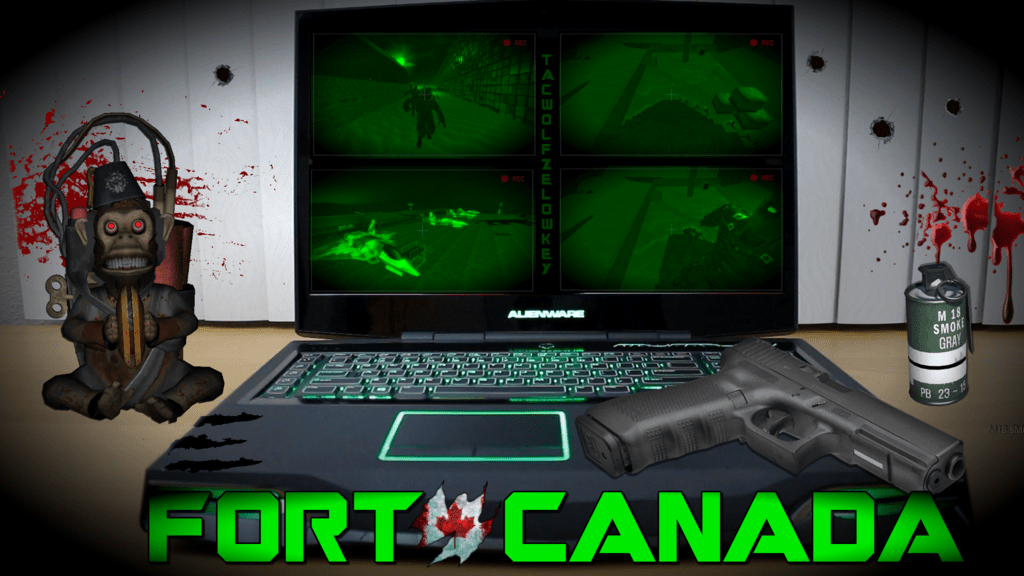 After a world wide sandstorm, you find yourself in an abandoned Canadian military base. Your objectives are to fight, survive and escape.

– PHD Flopper W/ Dolphine Dive Explosion
– 12 Perks [Solo quick revive, Working Vultures Aid, etc]
– Over 34 weapons [BO3, BO1, AW, MW3, MW2, GHOSTS] W/ REAL DESIGNATIONS to the firearms used by Military/LAW Enforcements and Civilians
– A lot of custom stuff [Textures, Characters, Models, Viewhands, Etc]
– Buyable Ending
– Open Map [Lots of running space with MANY spawners EVERYWHERE]
– All weapons have as close to REAL damage as possible when it comes to Calibers/Ammo Type Ex. 5,56 NATO will be weaker than 7,62 but will have better range or what ever depending on the gun itself.
– And MUCH MORE
Things to keep in mind:

– THIS MAP IS CALLED BOXCHALLENGE WHEN YOU INSTALL IT
– If zombies turn WHITE, RE-INSTALL THE MAP. I don’t know what causes them to turn white.
– Recommended playing CO-OP [Way more fun]
– Specular map makes the viewhands shiny, but makes the map look better
– Some guns do not have custom camos after PAP
– Follow the objectives there quite easy

– Everything in the map is intentional. Everything around the map and the weapons. Nothing is game breaking.

– Do NOT turn off Power. It cannot be turned back on after.
Credits:

ZeLowKey – Helped with some ideas

If you are NOT credited above and notice something in this map that is from you, comment below
Names No longer really GTTClan anymore, It’s TACWolf incase you wonder ingame who the heck is TACWolf