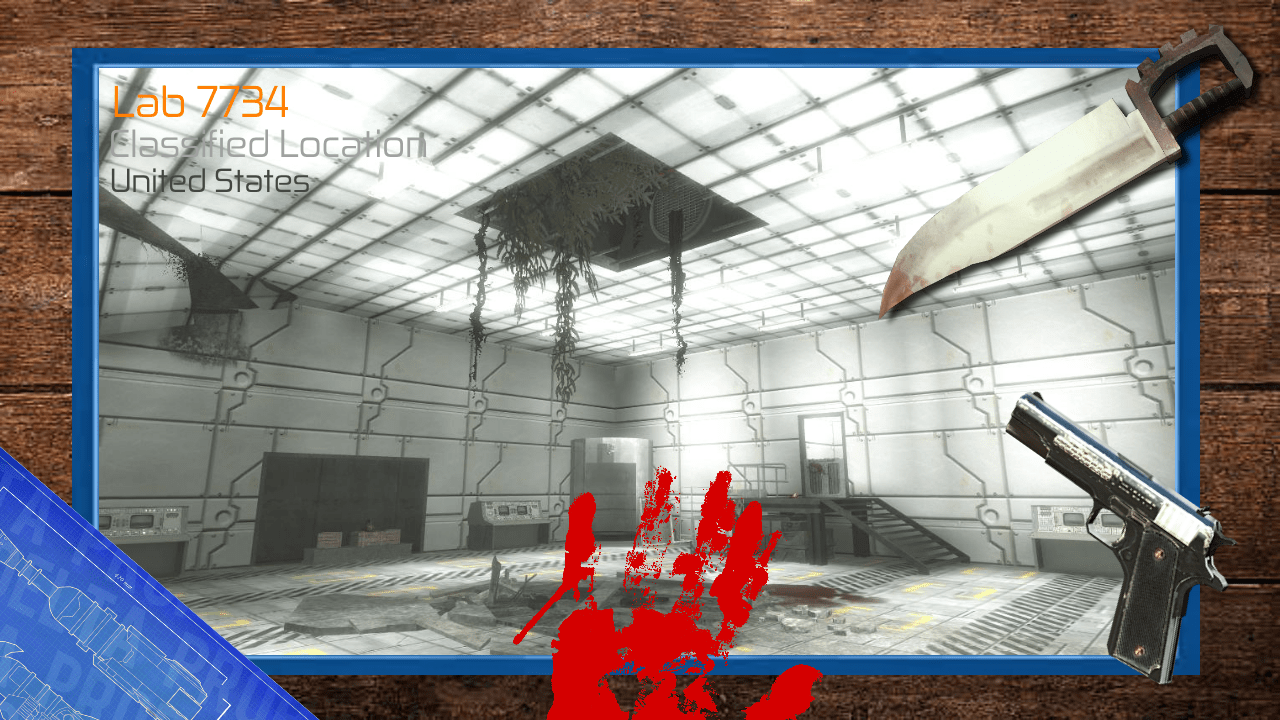 Prologue
After surviving/escaping New York our four characters now find themselves in strange Laboratory, where the start of curing the world of the zombie apocalypse begins.

If I missed anyone, please dm me or comment it below

Known Bugs
One barrier had a zombie that will spawn and stay confused.
Dogs will spawn in an area not unlocked yet.
The zombie counter will mess up around round 16 (because of dogs spawning with )
When Takeo/Sarah if you buy the MK14 you will get an error.

First of all, I am so happy to be finally finishing/moving on from this map. I have been messing around with this map for almost two years, from building it and tearing apart multiple times to releasing an open beta last year (which I hate), making this map have made me and better modder despite the stress it caused. Now that it complete I can move on to other projects. However, I will be doing a mega update for the map that includes: Updated Weapons List, Character/Zombie Models, A easter egg for the map and Most (if not all) bugs fixed. Anyway thanks to everyone who helped/ believed in me and the project and hope you enjoy. Also please credit me as BashTheOutcast and not Bashmoney100 if making a video.