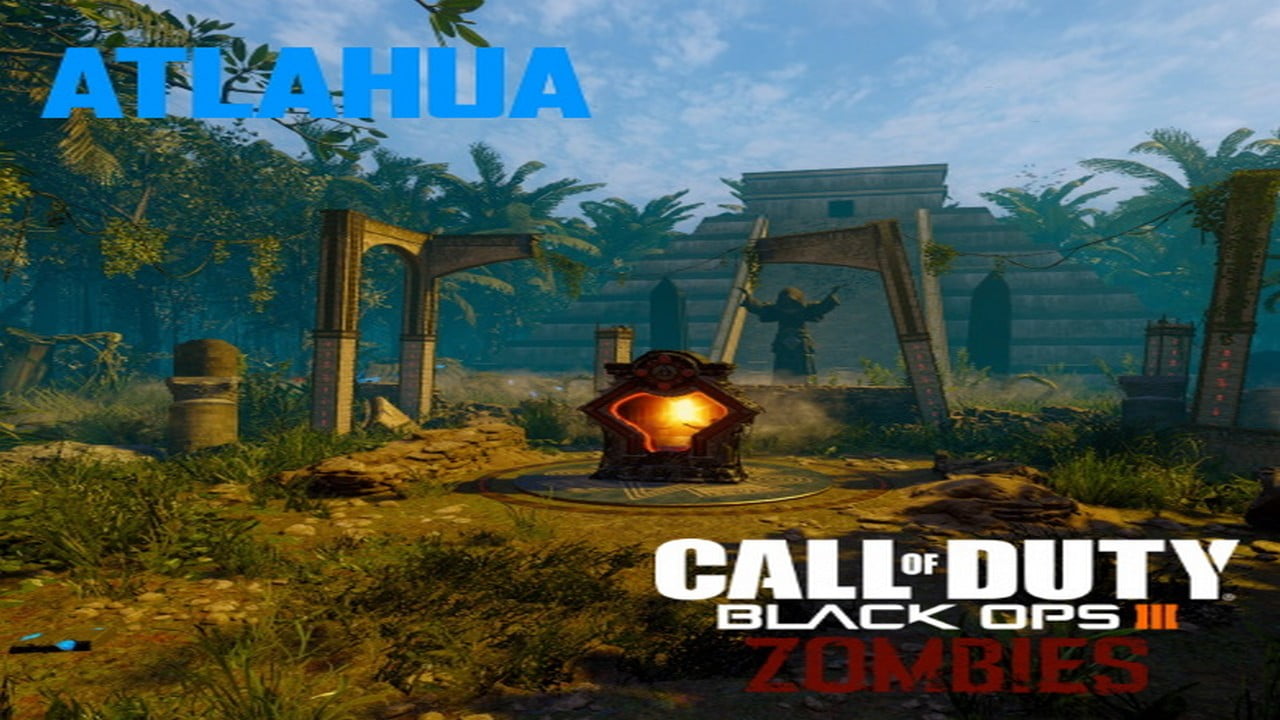 An Aztec cave system underneath the Mexican jungle, long rumoured to be a place of human sacrifice to the Mayan God of Water Atlahua…

If you enjoyed this map please consider making a donation to the creators to show your appreciation it would mean a lot, make sure to mention it’s for Atlahua – https://www.paypal.me/mdorning234

Planet for the main EE concept and scripting
HarryBo21 for the spiders, bats, base script for the miniboss, some weapons, ported fx
Symbo for the arrow trap and ZNS plants
Flipthebit for some scripting assistance
Tito for help with the original BO1 weapons and the acquisition of some models
DTZxPorter for creating Wraith
ProRevenge for his updated Ray Gun
Scobalula for his tools
Azsry for his custom slide animation tutorial
TheSkyeLord for his BO4 ports
RDV for his reverb tutorial
Kingslayer Kyle for help with porting the mystery box