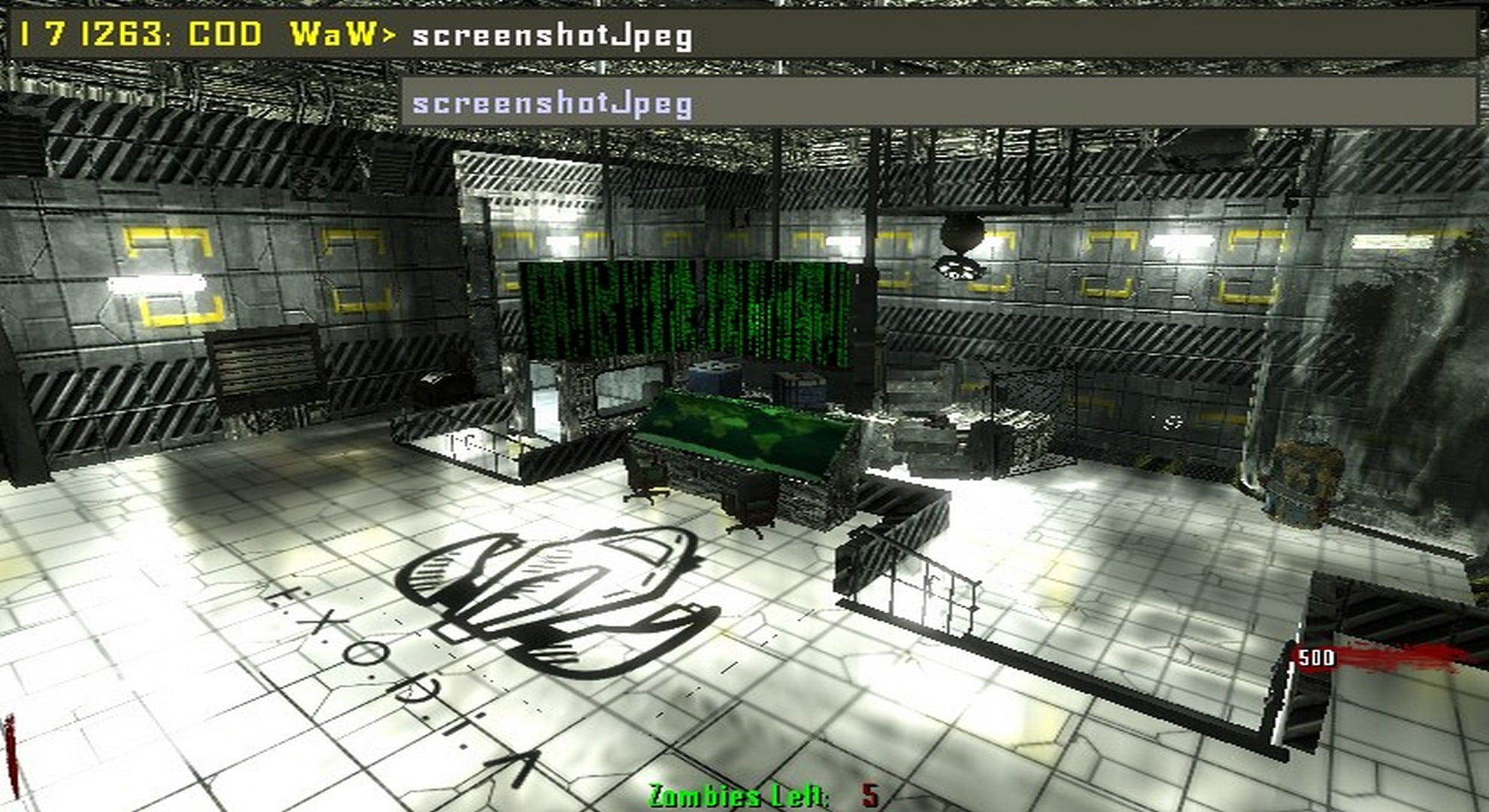 This is an updated version of the map with working coop revive.  Fix credit goes to YaF3li.

Hello everyone! and they play quietly!ll zombers! A day like today I bring you my fourth installment of the map! (SpaceDoom) currently in beta! I’ll leave you a list of bugs below so you don’t get mad at me lat

Normally at the beginning of the game it may throw us a SCRIPT error that only makes you return to the menu! if that happens press play until the map loads well and enters. it only happens in the first attempts that can be only 2 times or 3 maximum. if you have a good pc my map will enter normally. even made it clear that it does not make an excellent pc to play my mod because I did it with a low-resource pc! without video card. but if someone wants to donate to me by paypal I leave my email: [email protected] ,with the donated I will buy something better.

A bug that happens rarely and that I clarify for you. the percentage that this bug appears is 00.1% but it exists haha. and is that when we start the map we appear outside the map with a colt and the map of call of duty 5 on the right. if that happens … go to the menu and start the game again.
Another bug that sometimes and rarely occurs is when we start the game. and we look for a gun on the wall. the name of the weapon is not visible. if that happens just put “RESTART” and start again and everything will be normal. What happens if they play with that bug present? the weapons will not be in the box. It is a bug that I saw once or twice but just in case I clarify. since if they play or do a live obviously we want the map to look neat and exemplary!

A bug that I had to hide is that of the boxes. the boxes have no lights. and the only one that has an effect is the first. Putting that aside, I had to put the boxes closer to the ground since they were seen floating when they appeared there. you wonder … Friend why those bugs? what happened? and I explain! the map has many things and sometimes for some to enter, you have to take other things out of the game that sometimes not even myself is what I get and that sometimes causes that kind of bugs. Why did I get some effects? because otherwise my map depends on T4M which means that when you do it, if you don’t have a DLL in your call of duty folder, you couldn’t play it then with the solution that I gave you that problem is already solved and you just have to install the mod, find it in your call of duty and play

And well as the last thing I wanted to apologize if my map is not the best of all. I am new to this and hope you understand. It is my fourth map and I am still learning and I am a newbie! I am from Argentina and it is difficult to find tutorials that are in Spanish … sometimes the google translator does not help much and be careful not that I do not know English … because I know English … but not at the level of knowing everything. Also this year I am studying First Year Nursing at the University which makes it impossible for me to be mapping perfectly since my studies are a priority! I hope they put themselves in my place! and understand! I know that people are demanding but from my point of view I think my fourth map is the best so far of the ones I did!
If you have a PC with good resources and a video card, I recommend playing with specular map. If you have a low-resource pc, remove the specular because otherwise in higher rounds due to the number of zombies, you will be expelled from the map. I do not know if it is a mistake from me or from call of duty that does not support low-end computers. Even so, if you remove the specular and play high, you can play the game normally without problems.

Then I leave the list of weapons that I put! I base myself on infinity warfare which is for the future and also for black ops 3.

If I forget a map let me know!

Below is the list of Perks that my mod contains! I thank gympie6 for sharing his work with me. which by the way is excellent !!

Now if a couple of images of my map and obviously its respective download link! Thank you for joining me and shorten that I am learning! I hope your understanding! and I hope you enjoy this map with your friends!

The map is small but in updates it will be bigger. that’s why I don’t upload more images to avoid spoilers! I hope you enjoy! And if I see a video on YouTube I will share it in this post. I don’t make a video myself because my pc, as I said, is low-resource! Thanks for reading everything! and I hope you enjoy it! ….

Before you play, I want to warn you that for now if they play with two people they will not be able to revive each other … that problem is a problem that I have had for a long time and I hope to fix it as soon as I have time! I hope you understand! and I really regret the bug.

Small Update V1.1:
-Now when you buy quick revive and the zombies throw you to the ground, they move away as it has to be so that you can revive without having many zombies by your side.
-Perk Who Who was fixed
Three new weapons were added to the map:
Jetgun
Venom-X
Forge Freeze
-To get the Jetgun they have to put the pieces together and assemble the weapon on the work table.
-The Jetgun also attracts power ups with its gust of wind which is quite nice if there are a lot of enemies and we want a power up.
-The Venom-X Brings a Skin when I improve it that I made it myself and I will safely put on all weapons! I hope you like it because for my taste the skin is beautiful …
For the next update I will try to fix missing things! I ask for your passience since the study is my priority and when I am free, I will surely extend the map and include new areas and bug fixes that still exist. for example something that I put and I appreciate that they ignore are three bricks to test an easter egg that I will include in a future update.

Fixing Things! thanks for your understanding. Link very soon ..

If I forget someone let me know.