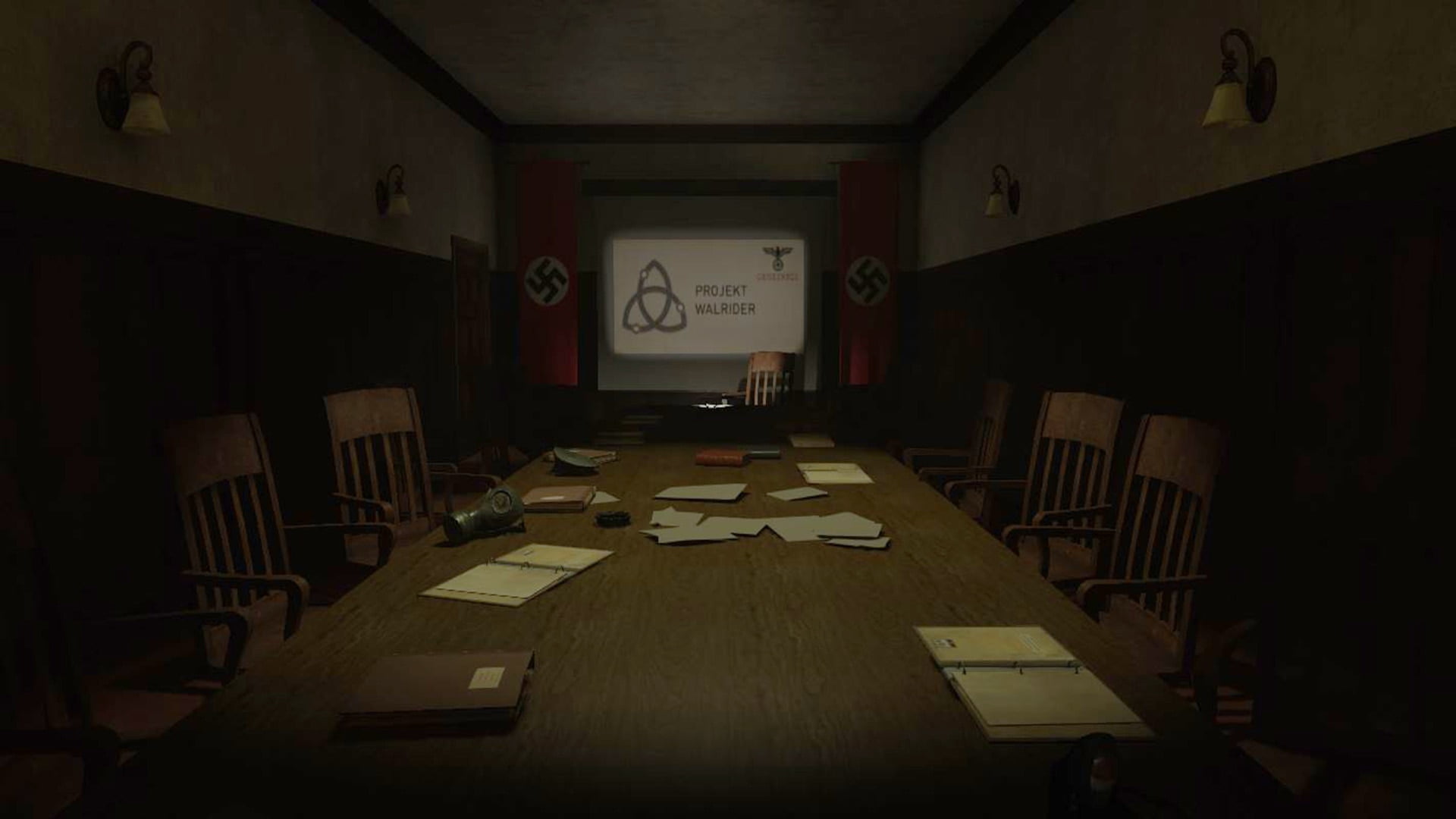 October 1945
The war is over. Operation Paperclip is in full swing. A group of 4 American soldiers search the Wewelsberg Sanatorium for Dr. Rudolph Wernicke but find more than they were looking for…

Fight your way through the facility and shutdown the Morphogenic Engine. Find Dr. Wernicke’s 5 recordings to uncover what went wrong.

4.9.21 Update:
– Lighting improved in some very dark areas. Note that the map is meant to be dark without power turned on.
– The invisible step has been fixed at the stairs
– Door costs have increased slightly
– Avagadro health has been decreased.
– The zombie jump down glitch in the basement has been fixed
– Soul boxes require a few more souls

6.14.21 Update:
Let there be light! A flashlight feature has been added. Double tap “F” (or “X” for Xbox controllers) to toggle it on an off. There is a glitch with the flashlight when throwing grenades. If this happens just tap “F” (or “X” for Xbox controllers) a few times. If anyone knows how to fix this issue please let me know!
– Stamin-Up added
– Added more zombie spawns
– Added a few more doors and changed some door costs

Credits
Inspired by characters and events from Red Barrel’s game Outlast.
Music by Samuel LaFlamme
Map made by r101stairborne

Thanks to all of the following people for the scripts and tutorials. This map would not be possible without their hard work!


If you enjoy this map check out my other map – Aperture Science Innovators!