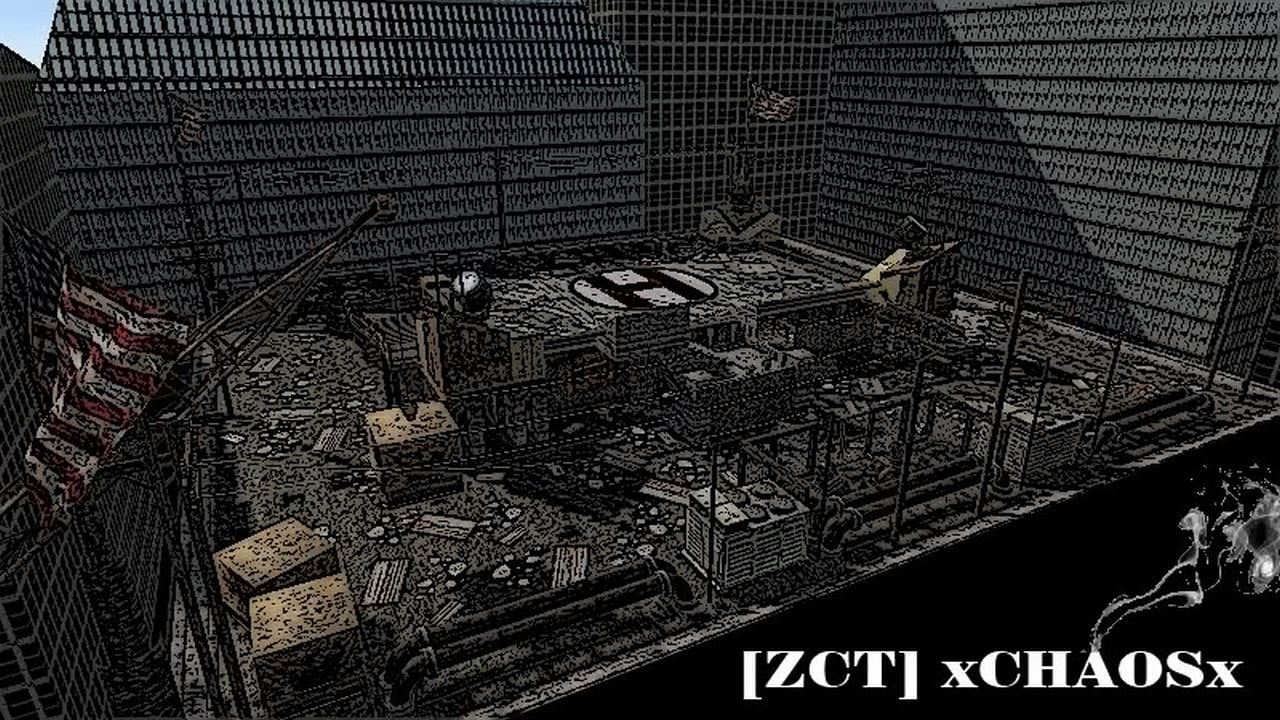 Location:  Trapped upon a highrise rooftop.
Chance of Survival:  Minimal

Nearly a year has passed since the strange explosion that rocked this large city.  The zombie outbreak seems to be growing at an increasing rate.

You have managed to develop a few new technologies during your survival here.

You have also been experimenting heavily with the mysterious DINO DNA.  You have turned what used to be very a harmful object into a very useful item indeed.  It could in fact save us from this place one day.

Keep hanging in there.  I have managed to secure you a SNIPER located on a building ledge across the way. You would not want to SHOOT this man would you?

Get That DINO DNA Soldier!  That Is An Order!


This map is based off of Nazi Zombie Hi.  I have removed the stairs on the sides and the zombies climb up the edges now.  Extra Teleporters have been added in to increase the randomness of your output location.  I have taken out the Nuke Launcher and replaced it with the Ray Gun.  However I have cut the clip size in half to level things out.  I have made some adjustments to some of the other guns as well.