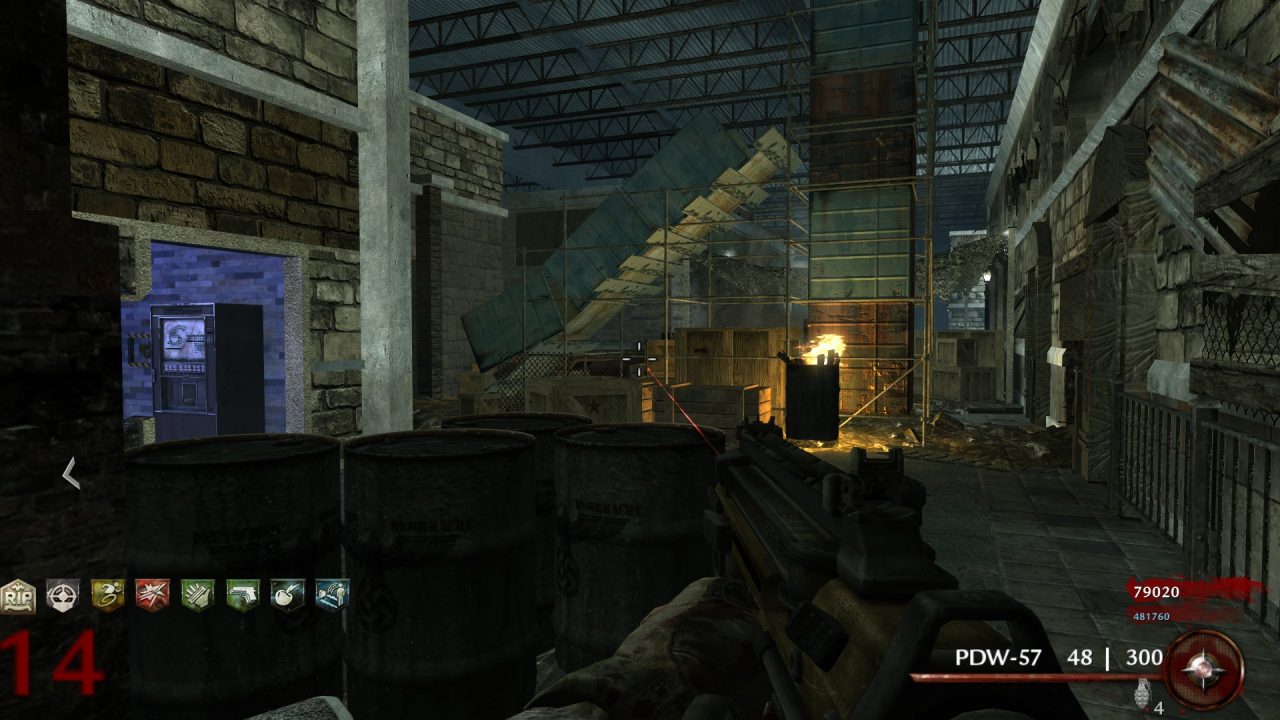 Features
– Harry’s Perks (No Who’s Who)
– High Caliber Weapons fire explosive rounds
– Buyable ending [Cost: 60000]
– Many new areas
– Almost all areas have almost been changed
– Hard Map
– No Dogs
– Many ported models
– No grabbing zombies
– Teddy Bear Song
– The PAP room is no longer Target restricted
– Decent number of walls weapons
– Weapons from almost every CoD and a whole lot of them (exceeded the normal limit)
– Target hunt (Of course it’s back)
– Hunchback boss zombies (The model is broken but I found it so funny that I kept it)
– There should be an 8 perk limit, but I actually think there is none so enjoy that

*This is not true anymore*
You better believe the targets are back. This time around though there are only 15 targets scattered around the map (None of these 15 targets are in the PAP room and you only need these to open the buyable ending). In addition, there is another 5 in the PAP room to be able to actually PAP. The 5 targets needed for PAP are only inside the room it’s in! At Least this time I don’t feel like any of the targets are impossible, though I do think you’ll still need to do some searching.