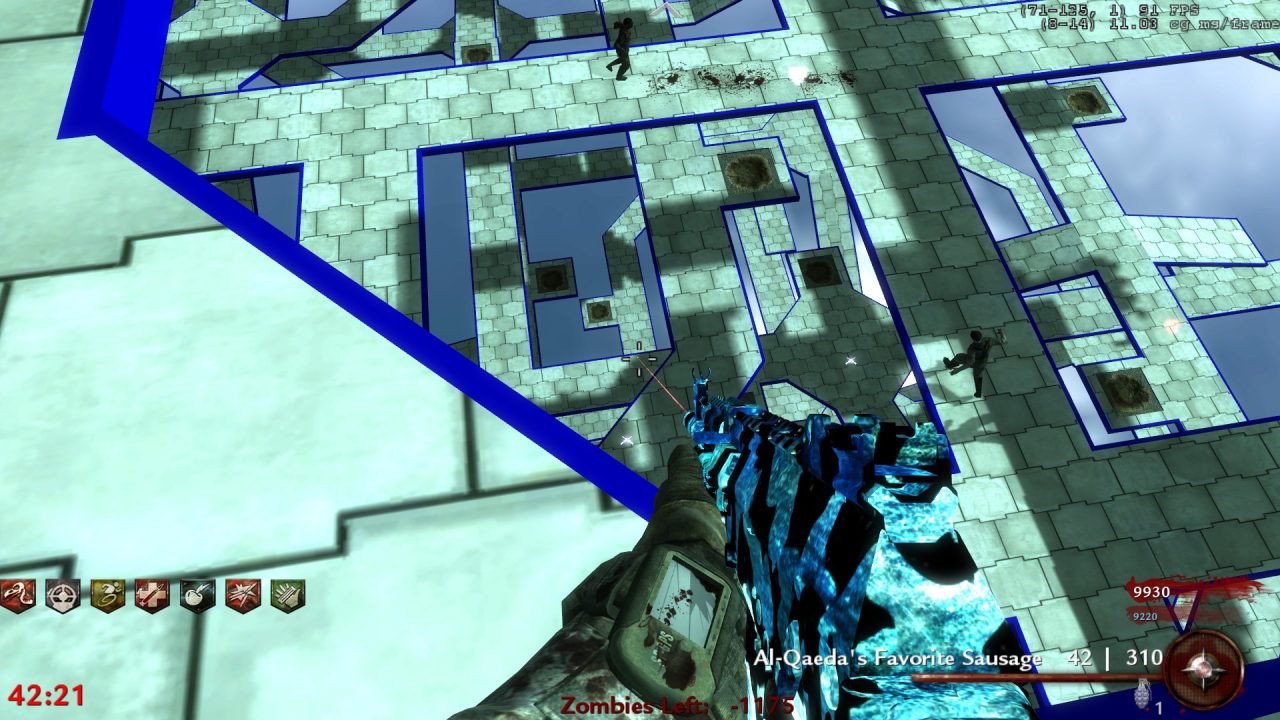 The unwanted and unlovable sequel to Hex Tower; Octagon is an aim at trying to be harder than its predecessor. This map was made in my spare time so don’t take it too seriously

. There are a few bugs that unless people tell me how to fix are not getting fixed anytime soon.

TURN OFF SPECULAR MAPS OR YOU’RE GOING TO HAVE A BAD TIME!

Features
– Timed Gameplay instead of regular
– Harry’s Perks (No Who’s Who)
– Element Ammo (Some)
– Buyable ending [Cost: 75000] (Most expensive yet, tired of people beating my maps in less than 20 rounds)
– Extremely Hard Map
– No Dogs
– Ton of weapons
– Super annoying hunchback boss zombies (The model is broken but I found it so funny that I kept it)
– No Perk Limit
– DOES NOT REQUIRE T4M (yay)
– Zombie Counter that counts how many zombie you kill instead of how many remaining because why not
– A constant need to look where you’re going or else you’re going to have a very bad time
– Most perk prices are changed from their original (Some better some worse)
– Frustrating