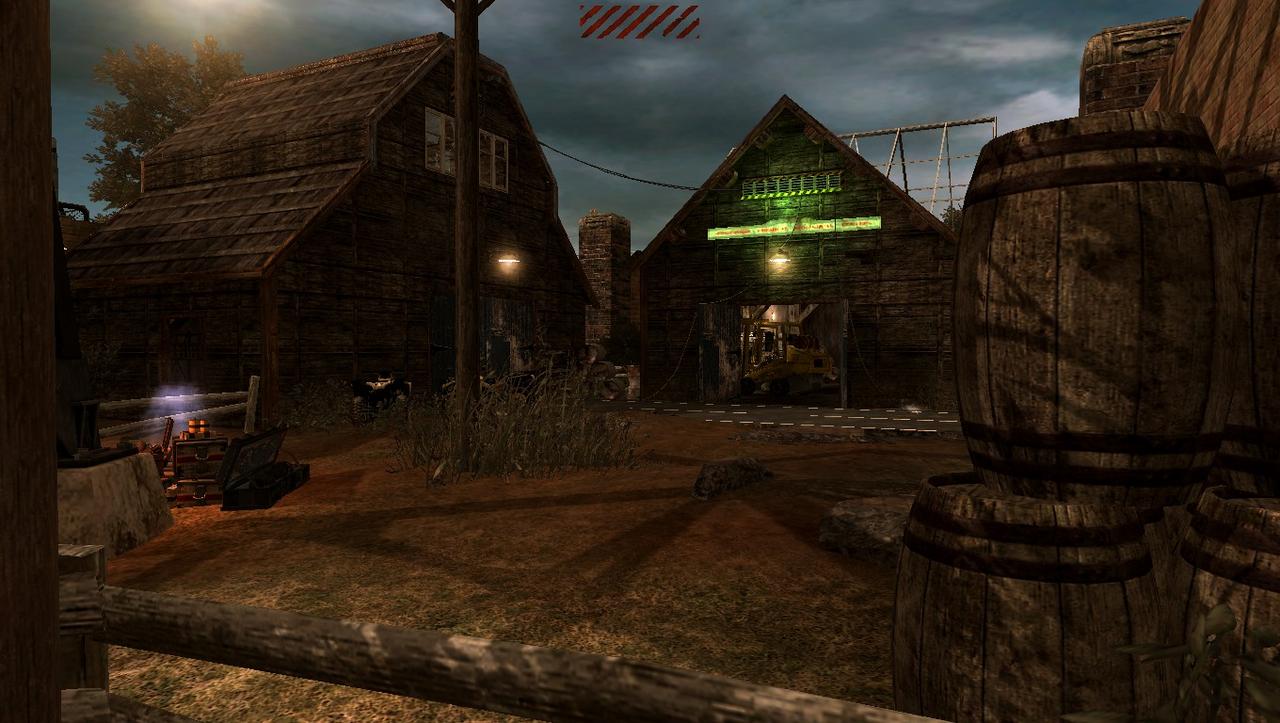 If the map is crashing for you, read this!!!
If the map is crashing when it’s loading OR when you have weird textures/lag going on, look at this:
-Make sure you have T4m, and it’s working ( version in the bottom right of the main menu should start with  2. )
-change your texture quality settings, useally it’s best to lower them. So set all of them to ‘high’ or even ‘normal’
-make sure there’s no loose files or folders that dont belong there in the folder where the custom-mods are installed
-set the ‘corpse count’ option to ‘Tiny’

If you did all of these and it’s still not working, i’m affraid i cant do much to help you..

Finally Greenhouse with the Realism Mod 3.0 has arrived!!! Will you diffuse all the bombs, can you make it past the living trees, will you be able to unlock the underground bunker and assemble an old enemy to fight by your side? All of this and more awaits you in the Greenhouse.
New Realism 3.0 ( so this map as well! ) requires T4M to be able to play!!
There’s a main quest/EE wich is quite extensive, and allows you to finish the map. There’s also a few side-quests unlocking stuff like a song, but also an m2178 with incendairy rounds. So def keep your eyes open if you want to find the good stuff!


I did not put any anti cheat in the map, but if you go around noclipping opening doors etc i can pretty much guarantee you you are going to break the map or at least some features at some point! Be warned!!
You can fully customize the game settings from easy to insane, and turn special features on/off to play the game the way you want to! Choose between 5 different character classes (Medic, Assault, Tank, Breacher & Demolitionist), pick a starting weapon and unlock achievements to earn ways to customize your weapon and or character!
The mod features about 50 guns, and each weapon has attachments for you to unlock by getting kills with that weapon. Other features of the mod are:
-BO3 panzer soldat
-Nova Crawlers
-Special zombies ( Kamikaze and Acid )
-Supply drops ( going from just points to OP special weapons, sentry guns and guard dogs )
-Easy, Normal, Hard, Insane and Realism difficulty ( last two are unlocked by prestiging ). Realism mode has no health regeneration, and plays more like an old fashionate shooter like Doom or Quake.
-Stat tracking: The Zombie Realism Mod 3.0 keeps track of just about every stat you can think of allowing you to know exactly how you are doing at all times. Wanna know how many headshots you got this game, how many times you’ve hit the mystery box, how many explosive kills you got, perks bought, downs, revives, boss kills, and many more…we keep track of all of it for you.
-Lots of smaller features like a viewmodel ammo-counter for some guns, dual wield guns (sync fire) with 3rd person anims, 4 different grenade types, custom wall buys, bo3 style pause menu, zombies can spawn in gibbed and where WaW models allow it multiple gibbing is possible and lots, lots more!!


Known bugs/glitches:
For clients the guard-dog and in-menu models have no animations. They are still functional, but will just float around. Unfortunately i’m not able to fix this

Credits:
(pretty much the Realism Mod 3.0 credits, as i done most of the mapping work myself)

Credits for Greenhouse:
XJimmy33  –  Did a bit of mapping a long time ago, and did countles of test-runs with me

Steviewonder87  –  Also did a bit of mapping for me, and again a lot of testing/feedback

Tomikaze  –  The evil mastermind behind a lot of the gameplay mechanics in this map, i love talking through ideas and come up with new shit with you. Tom also did milions hours of testing.

MOD Credits:
Treminaor – Huge thanks for a custom version of the UGX installer! As well as scripting help in the past and the use of the UGX-style points HUD.