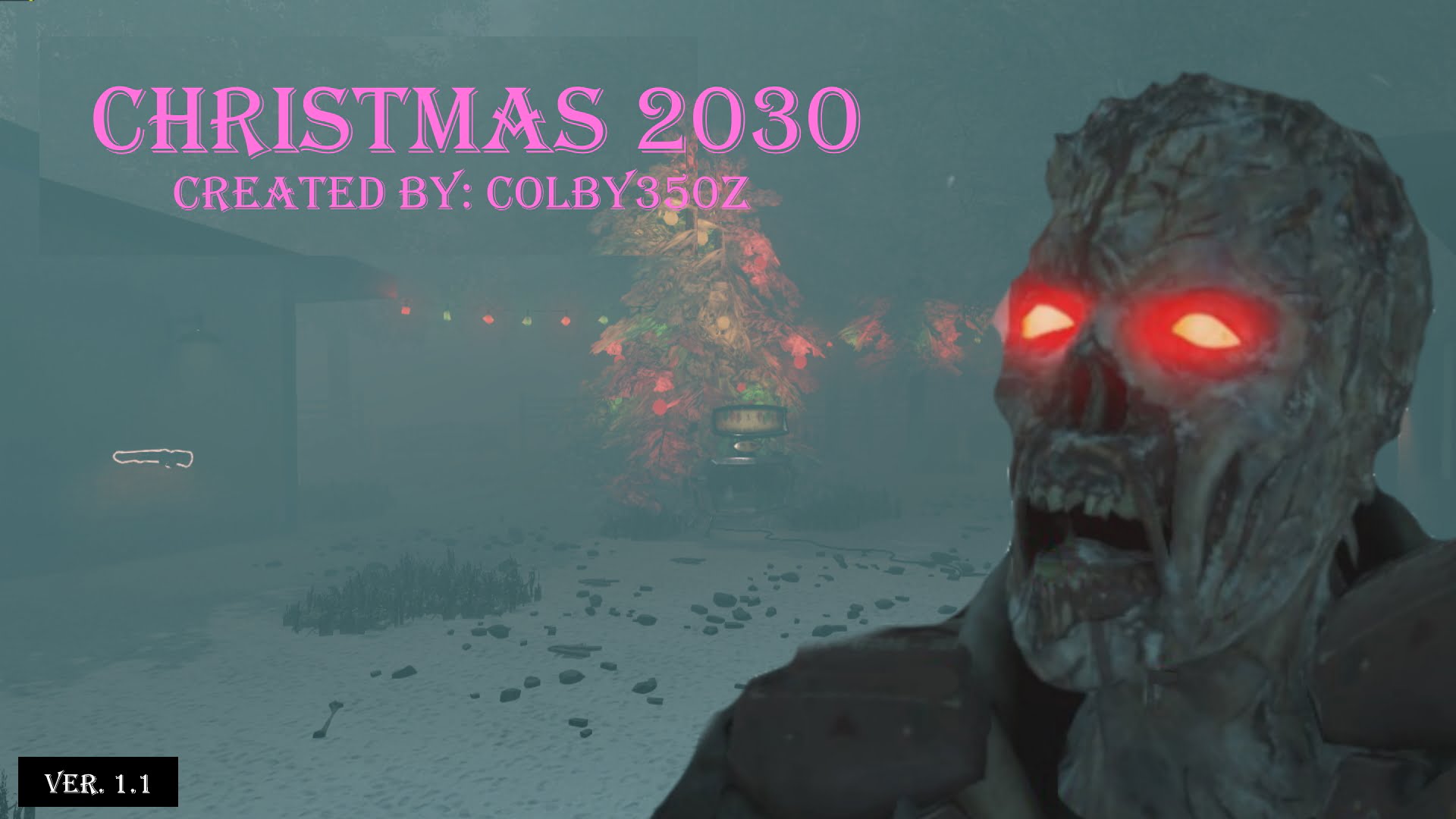 Ten years later, zombies have taken over the planet. The human population is almost gone, everyone is for themselves. On Christmas Eve, a man was lost in the woods and stumbled upon an abandoned cabin with Christmas decorations. He decided to make this his home. As he got closer, zombies began to hear his footsteps and began to attack. How long will you survive? Merry Christmas!

This is the first map that I have ever actually finished and uploaded. I only gave myself a week to create it. I hope you all enjoy and would love to hear your feedback! Updates for bugs will occur if mentioned in the comments. Future versions may include expansion, more detail and other fun stuff such as Easter eggs and more perks.

FEATURES
-No Easter eggs as of Version 1.1. I simply ran out of time before the holidays. I do wish to add one in the near future!
-All standard perks alongside Widows Wine
-Gobblegum
-Ray Gun Wall Buy

Version 1.1
-Added Stamin Up
-Fixed clipping issues with fireplace
-Added logs to fireplace as I forgot to on initial release.