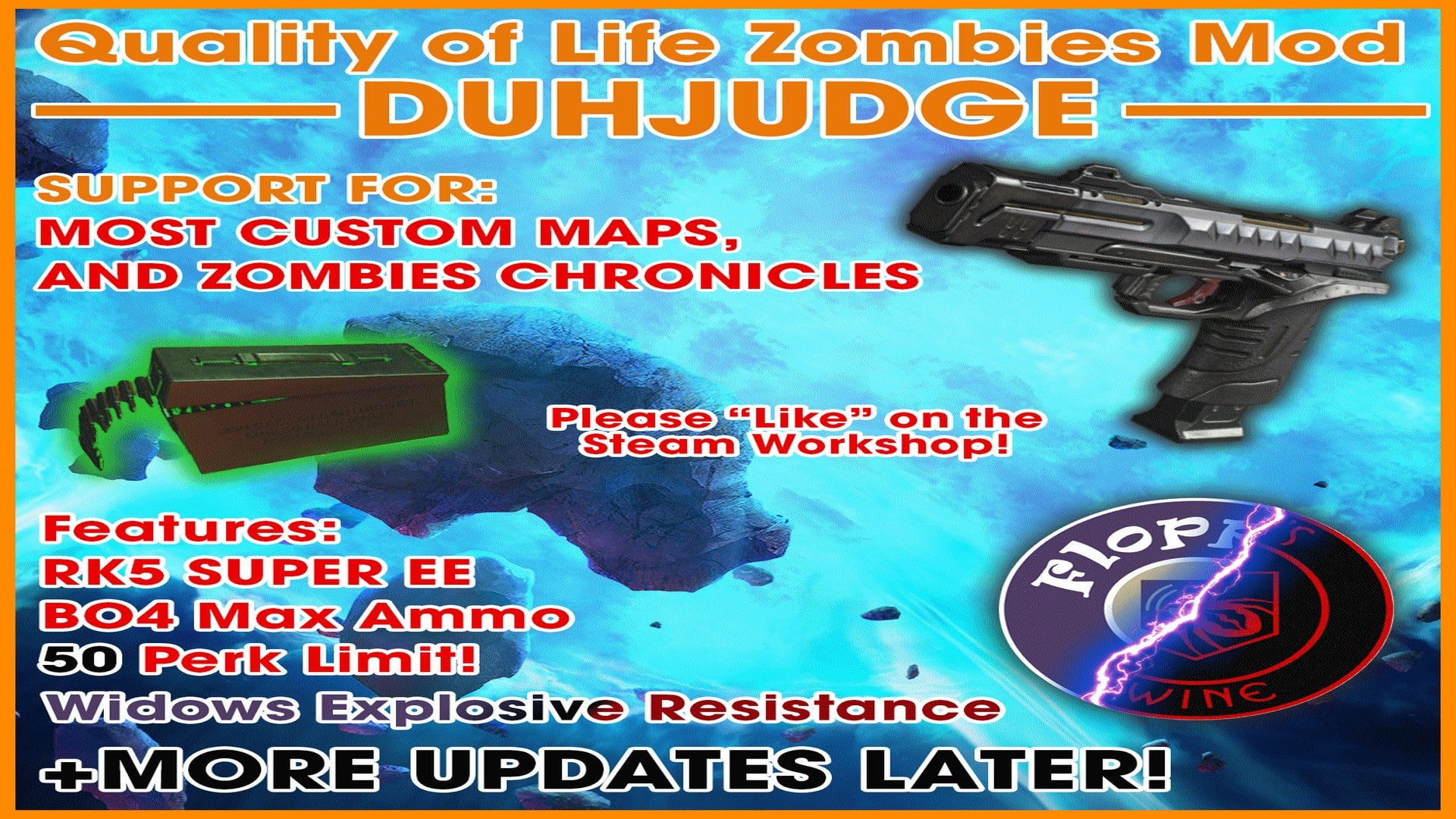 If you like this mod, please upvote it on the Steam Workshop!

HUGE SHOUTOUT to EdicionGamerYT for the sick thumbnail! Here’s his YouTube channel:
https://www.youtube.com/c/EdicionGamer/

Thank you all for OVER 24k downloads!!! That’s INSANE! Also thank you for a 5 star rating on the Steam Workshop! I’m glad my mod has been helpful! 🙂

This mod is essentially a Vanilla+ mod. I want your experience with it on each map you use it on to feel as close as possible to the way that map was intended to play. With that in mind, my mod aims to add small changes that make the gameplay smoother or more player-friendly.

I also want this mod to work on as many maps as possible, so map-specific changes will most likely not be considered. Suggestions that largely affect gameplay will not be considered, as these go against my mission statement for the mod. Suggestions that don’t heavily influence gameplay will definitely be taken into consideration and possibly added.

Thank you for reading!

This mod is a splinter from my main QOL Zombies Mod, linked here. If you want to use the BO4 carpenters feature, which only works on SOME custom maps as well as the main BO3 DLC maps, please click below.

Credits for this version are the same as the other mod, and are posted here.