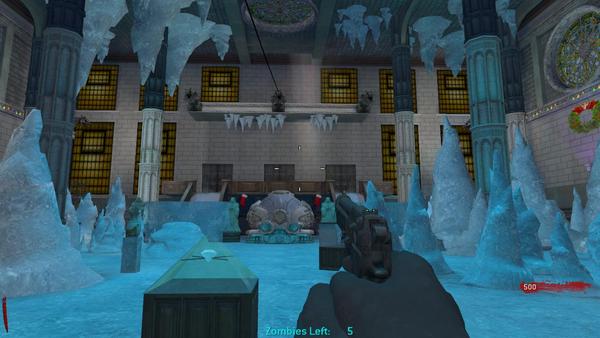 Heart of Ice
By: Whippytrout

Story:
It’s Christmas Eve In Gotham City and Mr. Freeze has decided to blanket the city in endless winter. Mr. Freeze has created an army of frozen undead zombies and is using them to help him steal Gotham’s famous Christmas Diamond and take control of Gotham City. Its up to Batman and Robin to stop Mr. Freeze.

Recommendations:
-Stick together (its more fun that way)
-If your having trouble surviving try arcade mode it seems easier
-And last but not least have fun.

Credits:
-Bluntstuffy for the soul chests and digsites
-codmoddd1234 for help creating ice textures, scripting problems, and solving bugs
-elfenlied for the kino rock easter egg script
-jjbradman for the batmobile script
-Ugx Team for the UGX-Mod
-YAW for the gameplay video
-M.A.K.E CENTS for the custom scripted zombie windows.
-If I left anyone out please let me know and I’ll add you to the list

I hope you guys have a fun time saving Gotham City.
Merry Christmas From WhippyTrout