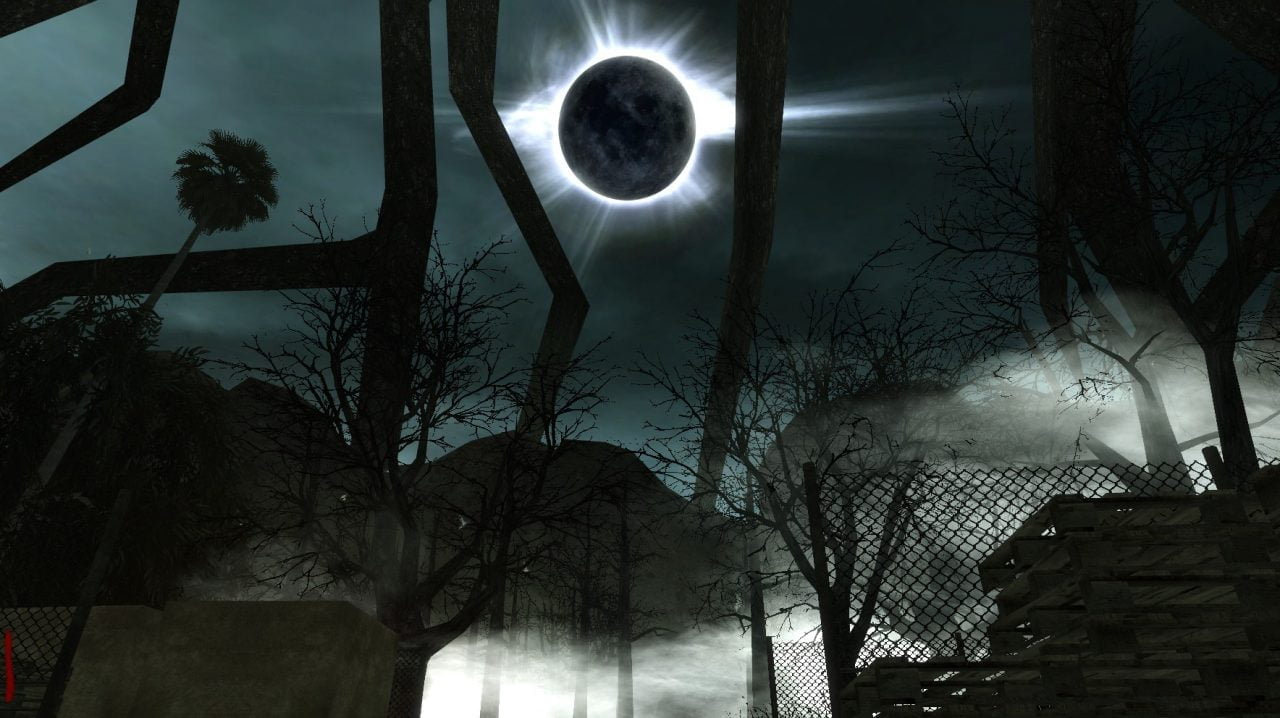 Features:
– DOES NOT REQUIRE T4M!!!
– Harry’s Perks (No Who’s Who)
– Elemental PAP Weapons (Some)
– 2 Buyable Endings (25,000 and 100,000)
*You don’t need to complete the EE to get the ending, but if you do, you are awarded with the cheaper 25,000 option*
– Absolutely Gigantic Map
– Provides a decent challenge
– No Dogs
– No grabbing zombies
– 3 Teddy Bear Songs (Activating 2 at the same time = ear cancer)
– Pap is the 2nd door
– Wall weapons everywhere
– 35 Custom Weapons
– No bosses (Wanted something cool like the napalm, but I don’t get anything the easy way)
– Decent Sized Easter Egg
– 4 Perk Starting limit
– There are 8 steps to the EE. Once a step is completed a door will open in the blue room, prompting the player to pay 3000 to get an additional perk slot and to open 1/8 of the cheap ending door. (Each step of the EE is to shoot 3 objects).
*Yes the clock is a target, but it can only be destroyed by explosives.*
-Small Chance of getting a PAP’d weapon from the box
-NIGHTMARE MODE (You probably won’t get too far with this)

Update 1.05:
-Reduced the chances of getting g_spawn error (If you still get it tell me)
-100,000 Buyable ending actually works
-Moved a section of the EE into a much easier place to find
-Changed the round playing sound
-Fixed some bugs

Update 1.1:
I thought this update was lost since my hard drive crashed a few minutes after compiling but was luckily recovered. *Although* I did lose a ton of stuff, including the map file and basically everything I’ve done in the last 2 or 3 months, so that’s aids. There will never be another update to this map again, so if there is anything wrong with the current update, s**t. *Also it’s been a week since I’ve dealt with this map, so I have forgot a lot of the patch notes*.
-Reduced the chances of getting g_spawn again, if you still get it than just lmao.
-Reduced the prices of almost all debris.
-Major clipping issues should be mostly fixed.
-Added the Napalm Zombie.
-Had to remove 1 EE song because I was hitting the memory limit. (I know, such a loss).
-Changed the round sound (not on purpose), but now you can enjoy the MW2 level up sound from Rust on this map as well.
-Fixed pathing issues.
-Changed the entire lighting of the map to make it feel more different.
-Added in the BO3 Ray Gun.
-Probably buffed Stamin-Up.
-More stuff that I can’t remember.

*Don’t bother reporting bugs, not fixing them anymore*
*If you have the issue where you start to see through the rocks and foliage, turn off anti-aliasing in Options -> Graphics either in the main menu or with a different mod loaded.*