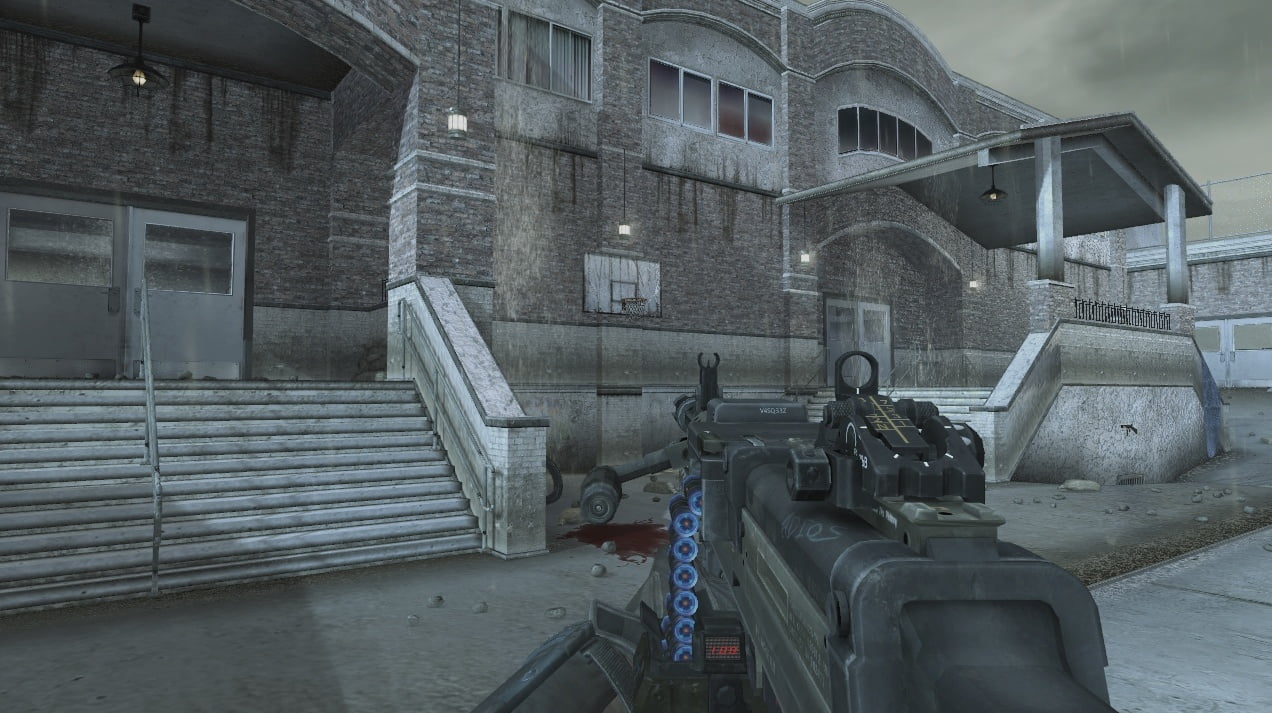 Abandoned School Patch 1.01:
– Prevented players from buying perks while they have the death machine powerup
– Mule Kick now removes 3rd gun on loss of the perk
– Door dropping down into hallway zone doesn’t skip rounds anymore
– Replaced double trigger door with a zombie traversal to prevent zombies from glitching
– Added Thompson, FMG, and Spas12 to Gungame
– Aligned Thompson’s ads – though the gun’s bullet shoots slightly lower than the iron sight
– Quickrevive machine completely disappears after 3 uses on solo
– Nerfed the Jetgun and Zomnado
– Packapunched wall weapons can now have ammo purchased normally
– Host should be able to use the mystery box now on a coop match
– Hintstrings can’t be seen through walls now
– Fixed some bushes that were see through

Abandoned School Patch 1.02
– Various easter egg bugs/issues fixed
– Hud added when player is holding an item
– Items now drop properly when the player is downed, killed or disconnected from the game
– Effect is now played on items that the player dropped to make them easy to find
– Fixed Crossbow, Titus and Semtex breaking the box and having a revive symbol
– Removed Feet from door shoulder anim
– Semtex ammo is fixed
– Reduced damage the scrake takes from electric cherry
– Teleporter Cool down changed from round based to time based (120 second cooldown)

What is the most locally available building in your neighborhood that has lots of supplies to barricade yourself in? A school of course!
Players will find themselves locked in a school that they thought would be secure… boy were they wrong.